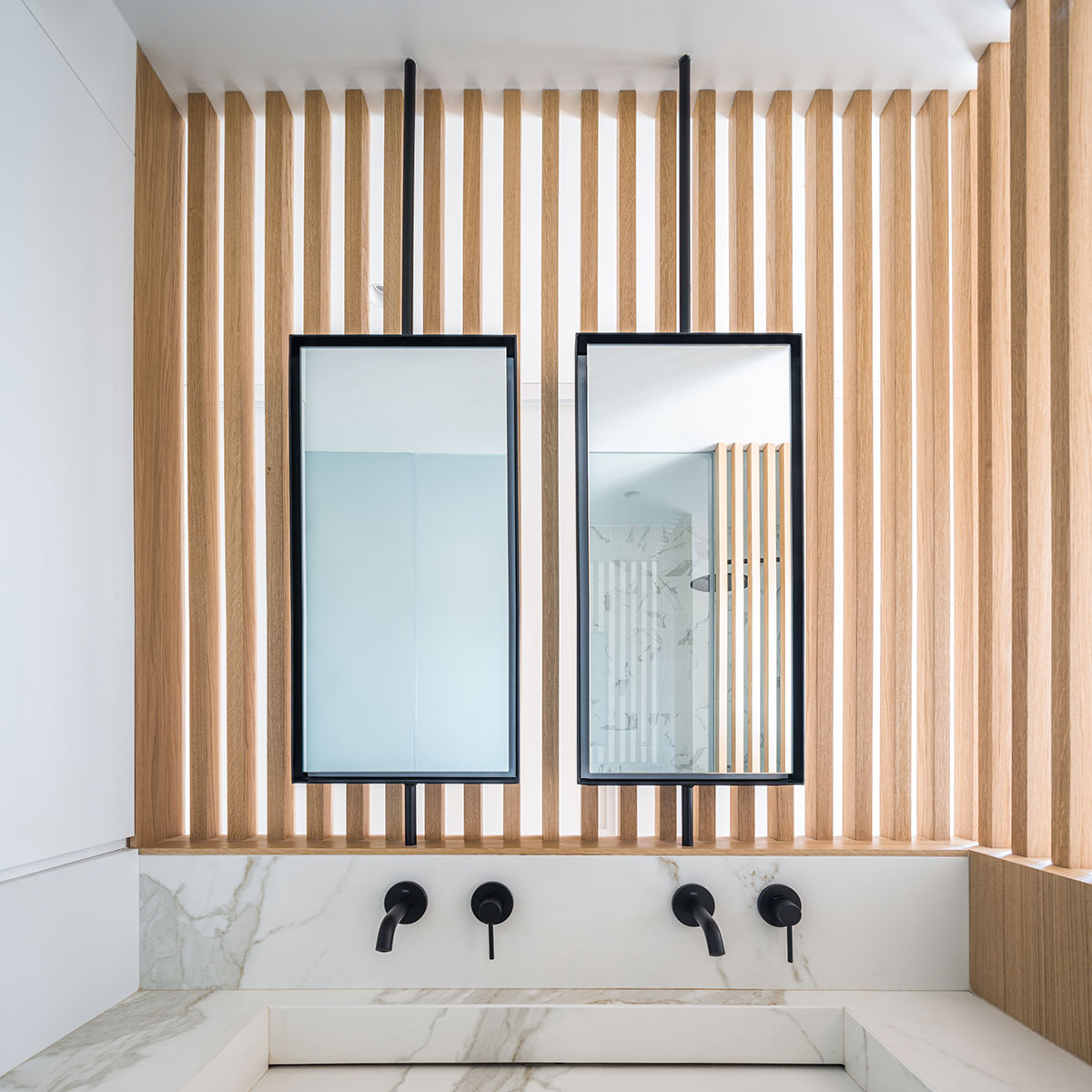 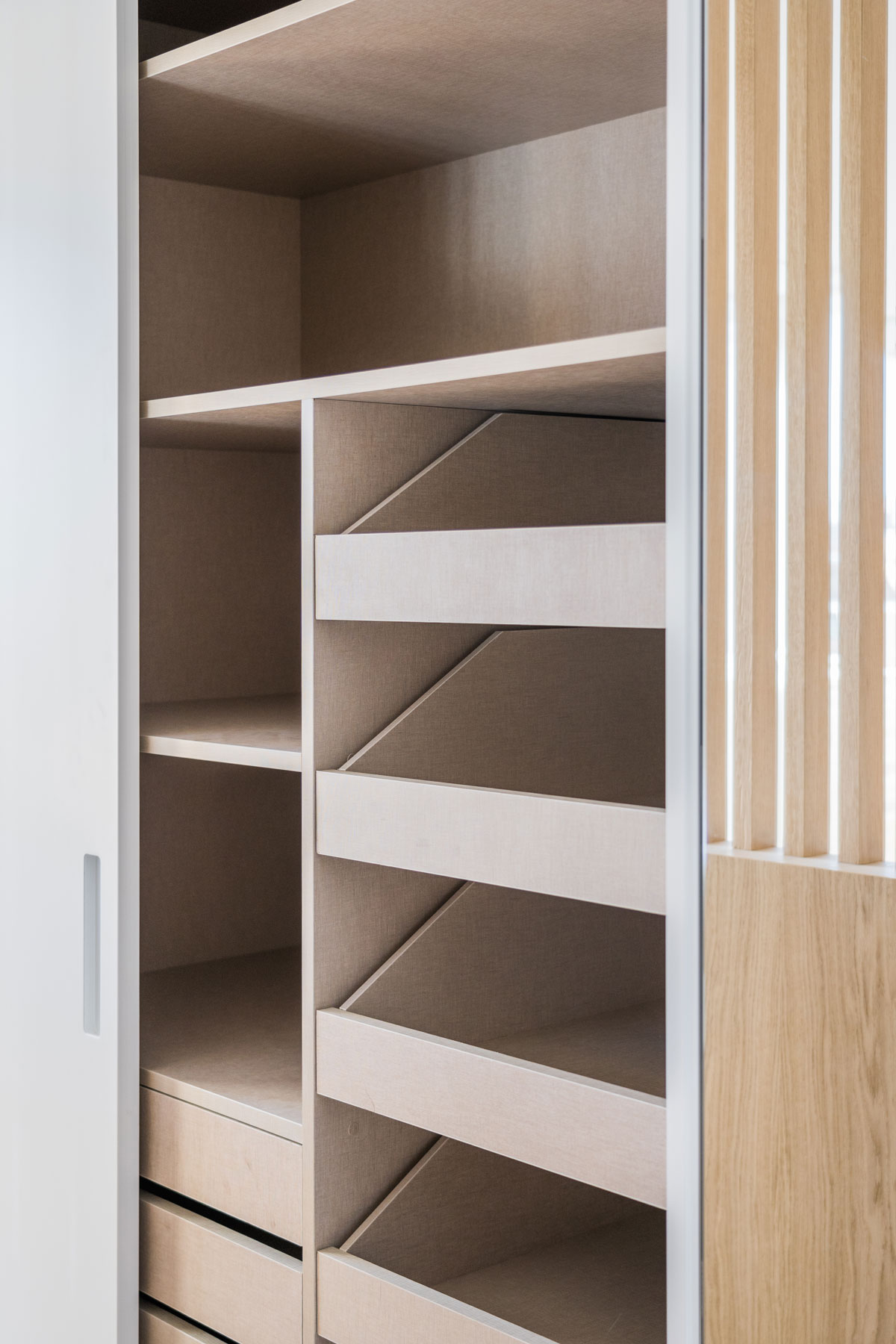 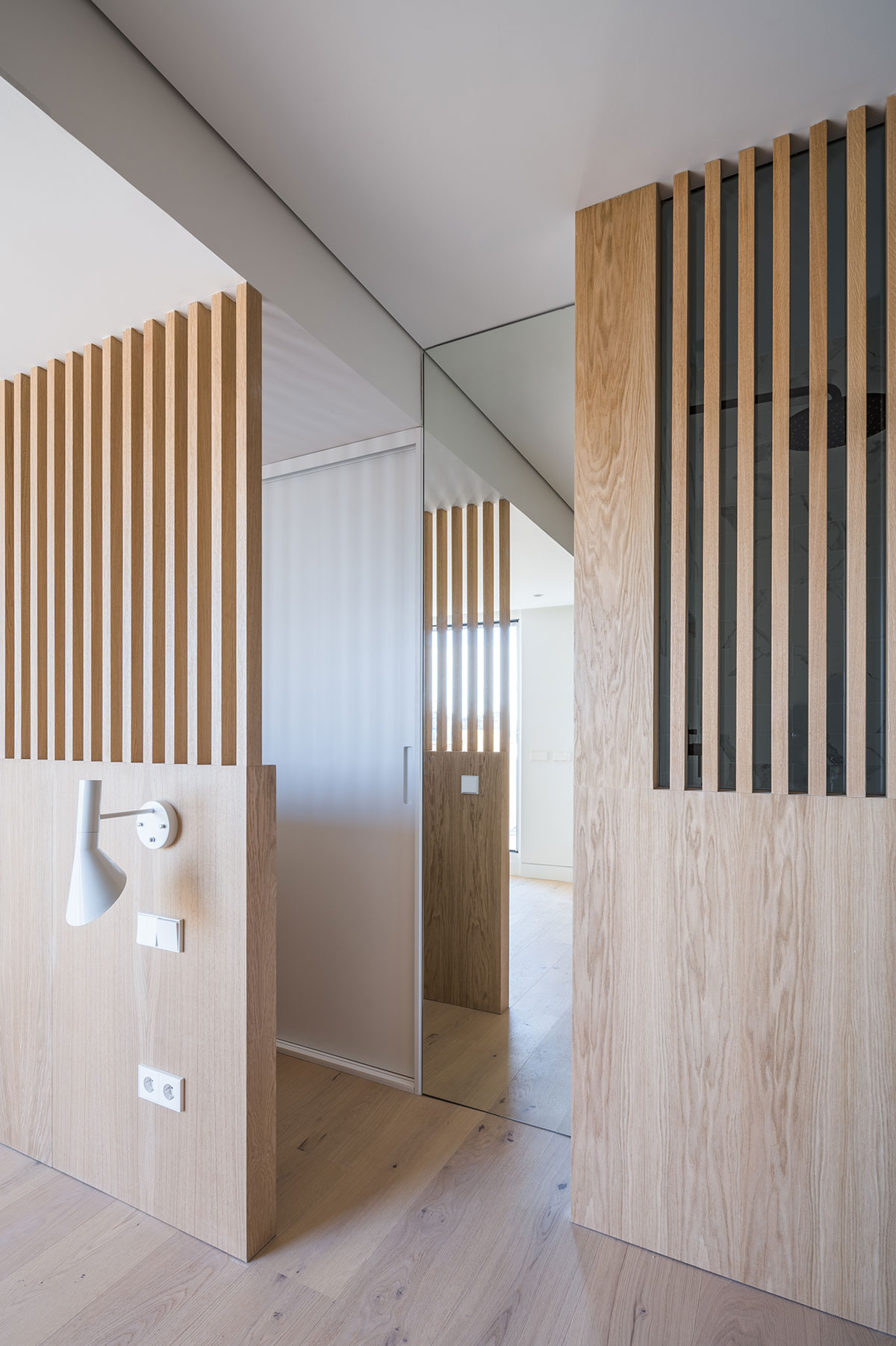 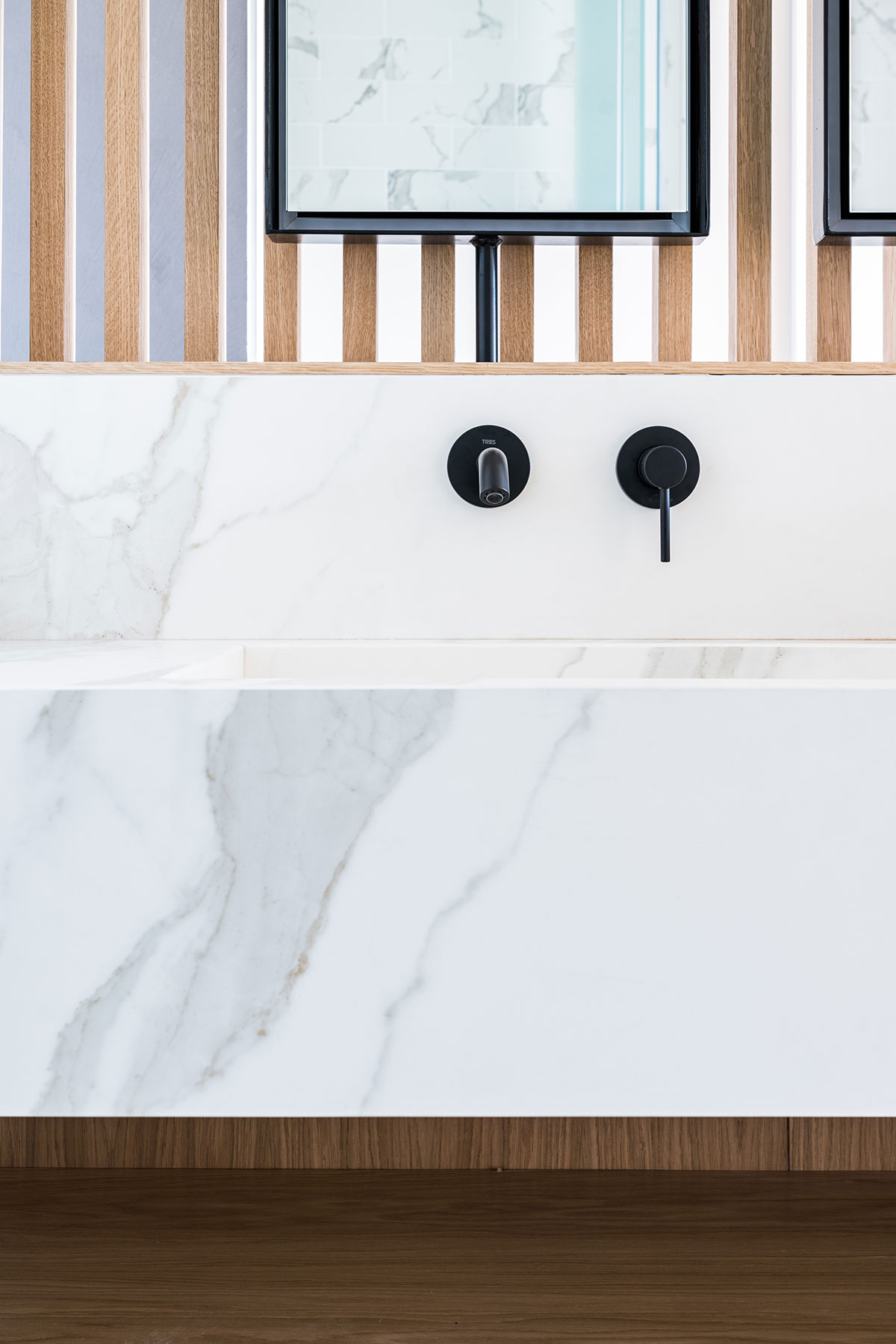 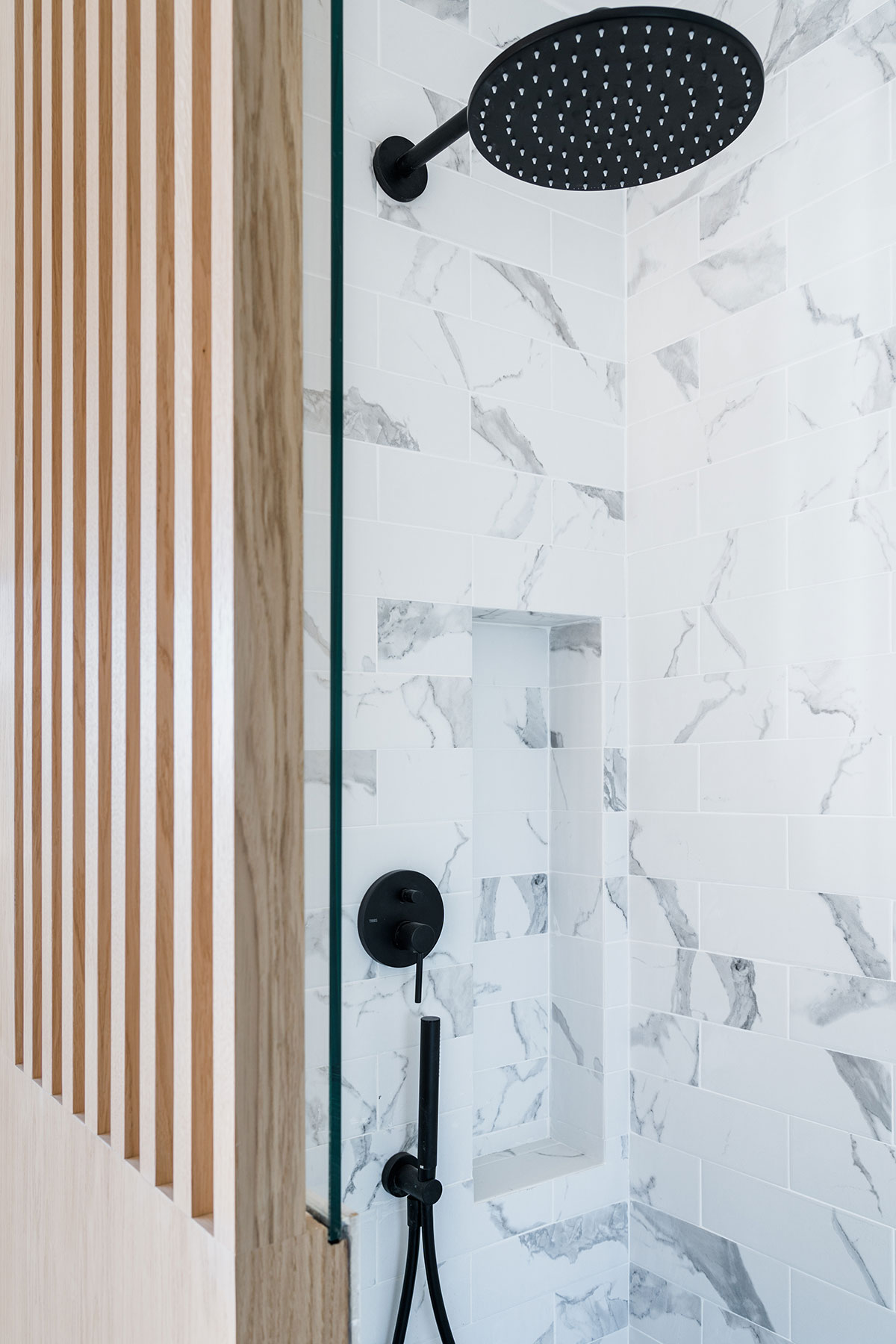 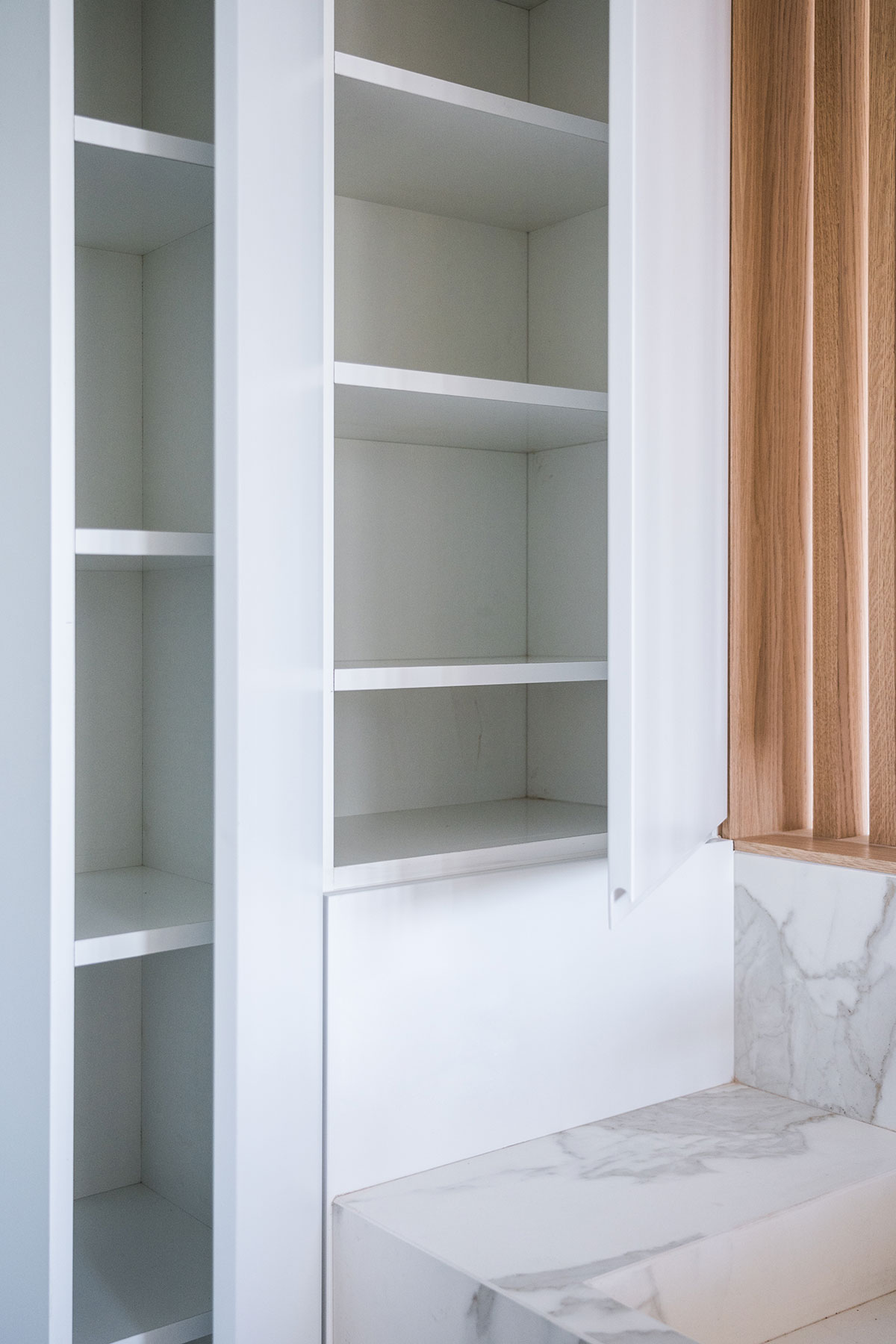 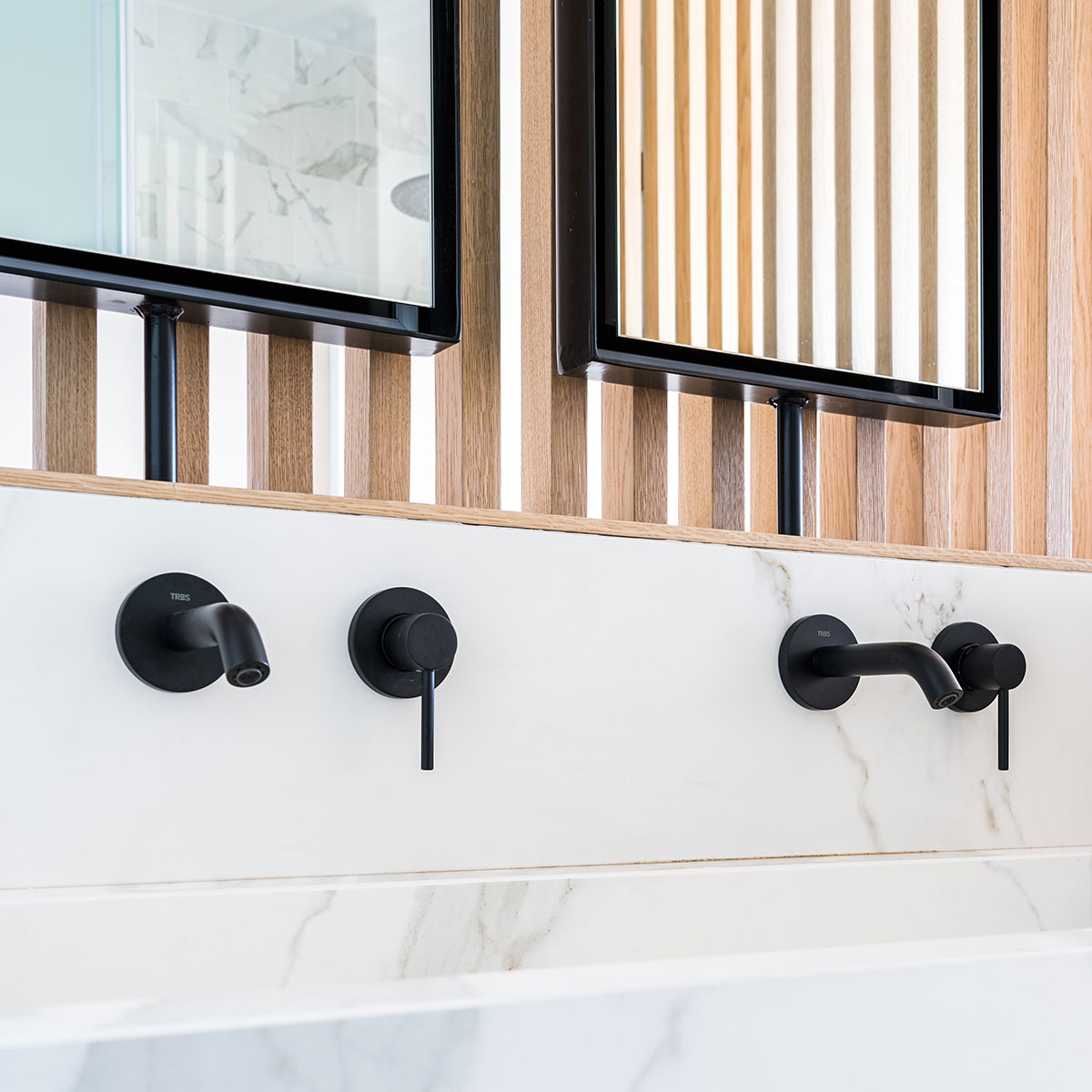 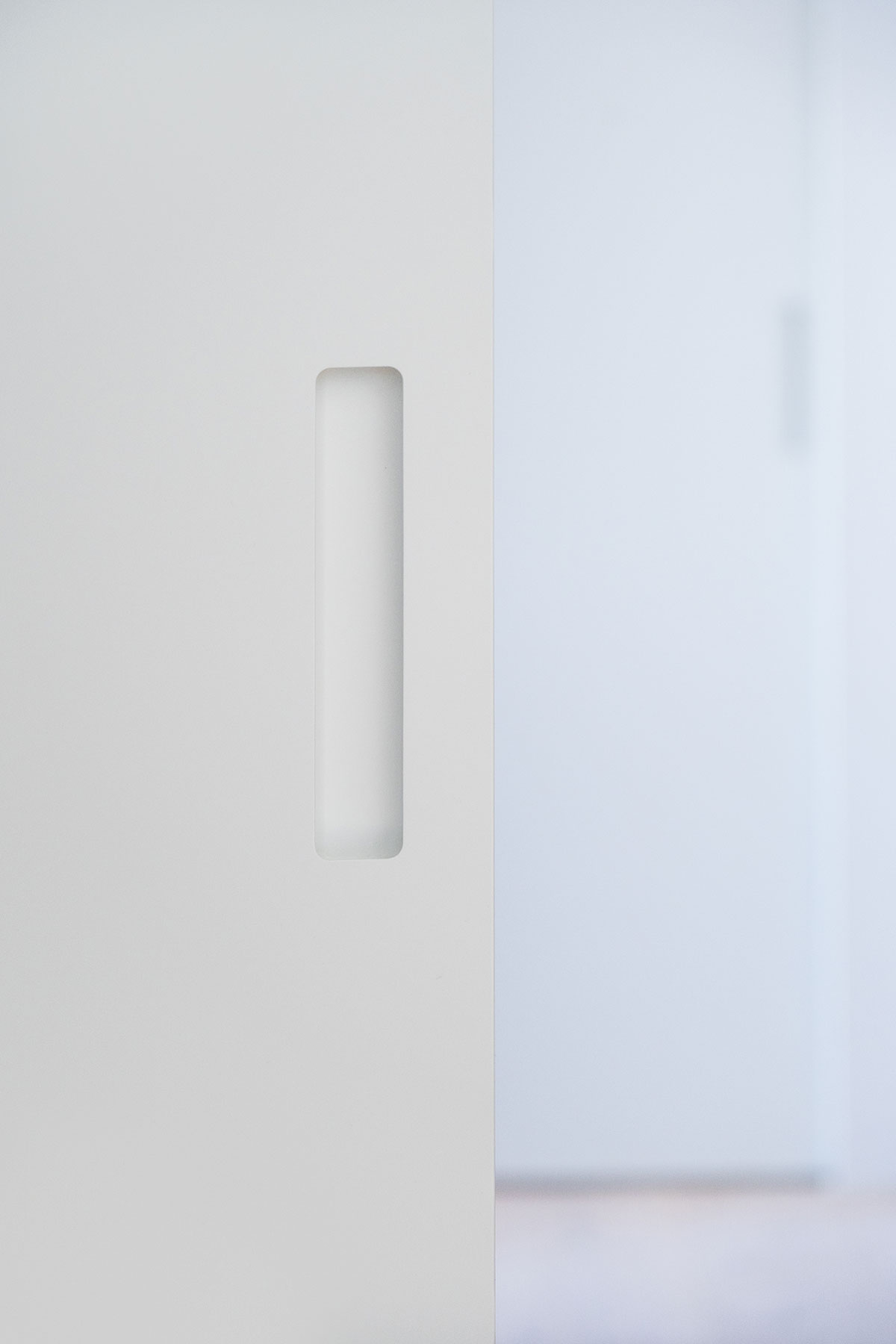 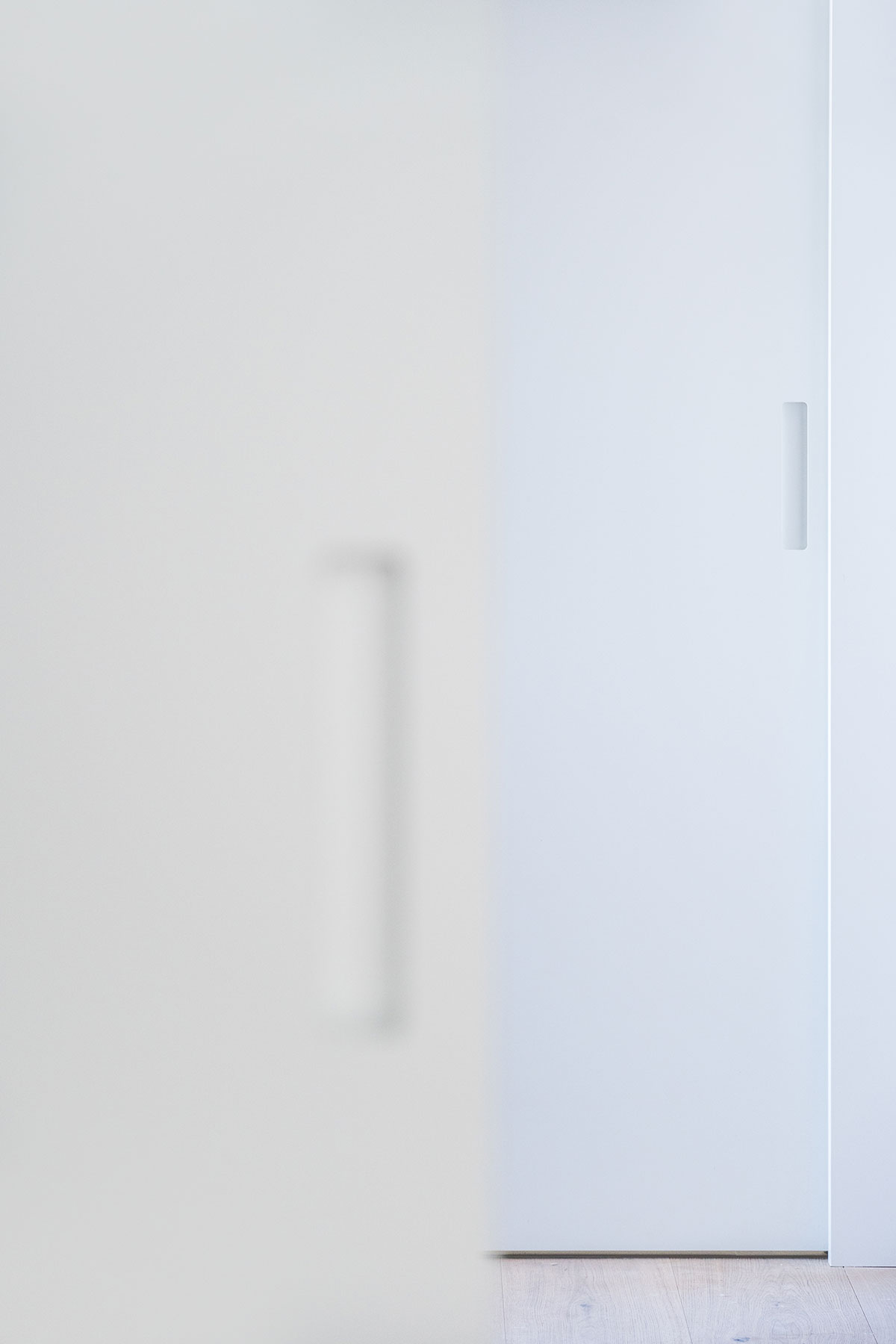 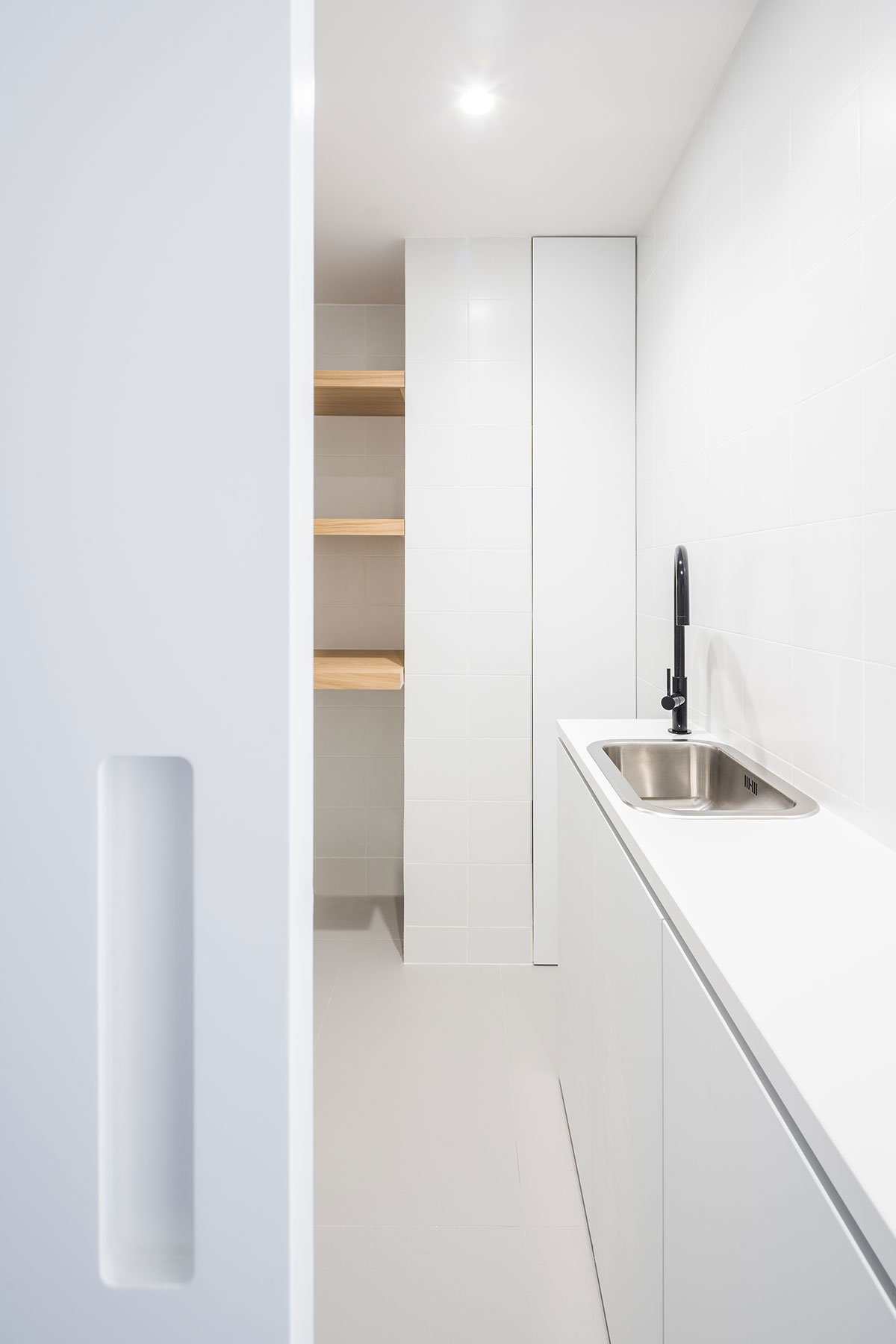 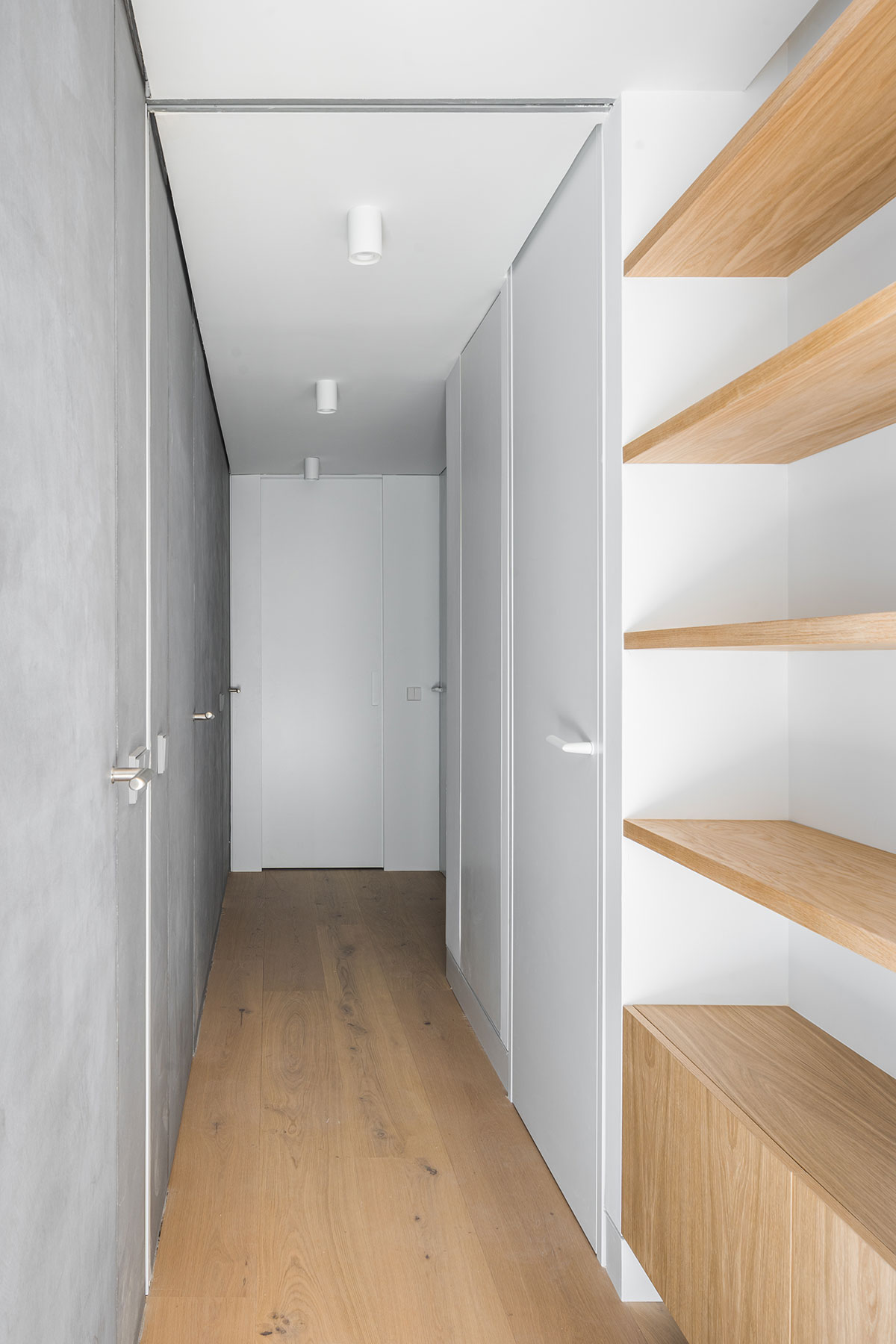 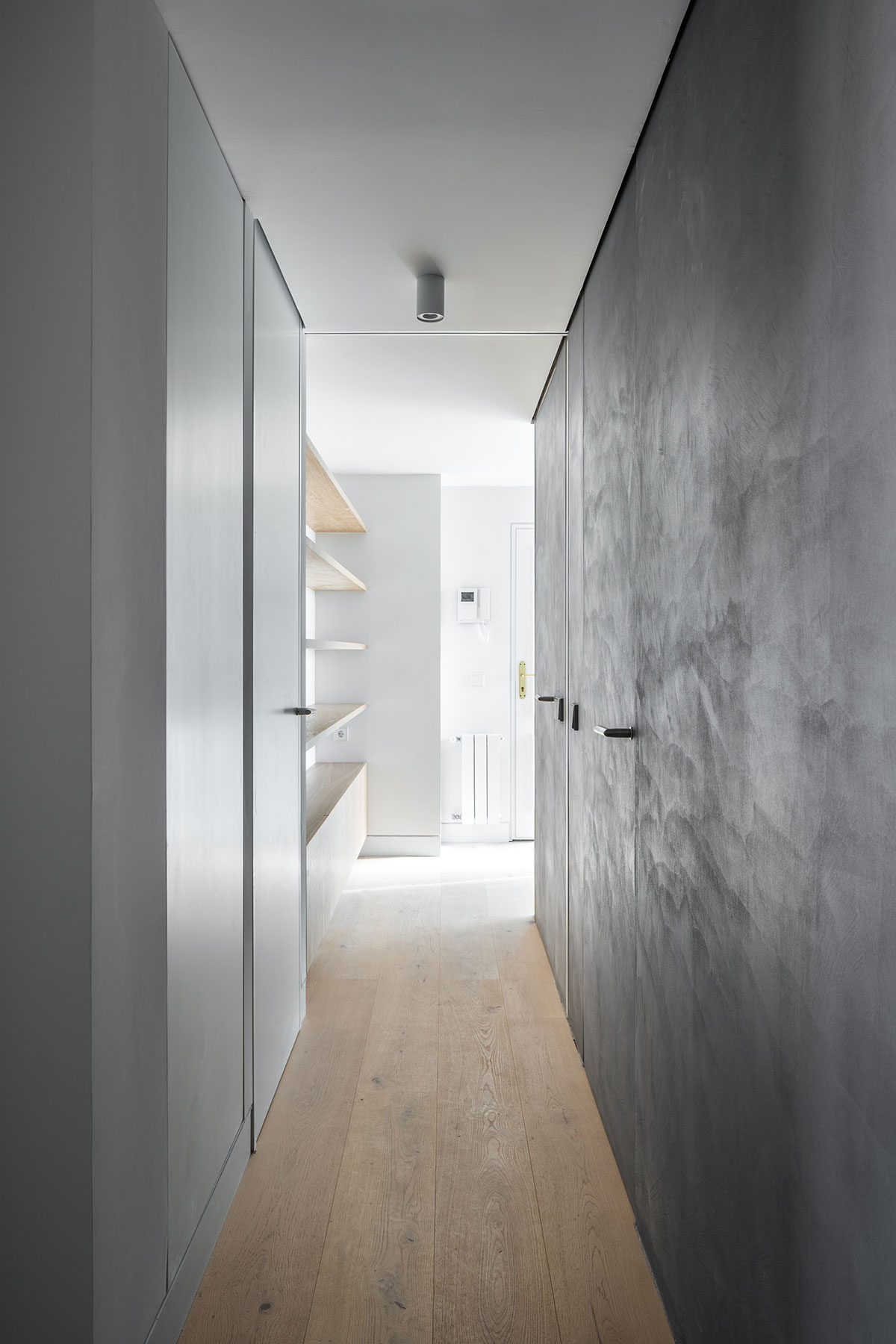 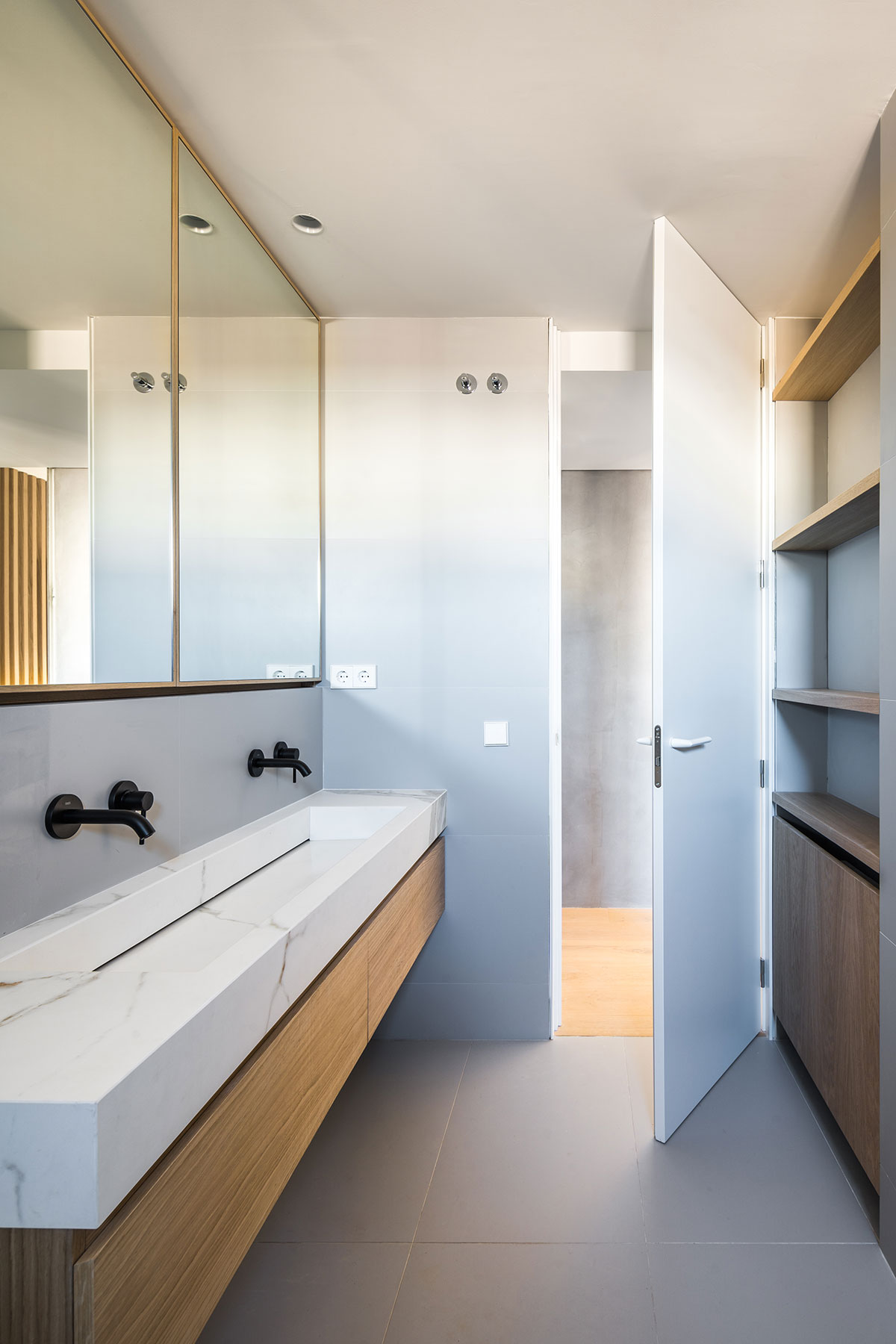 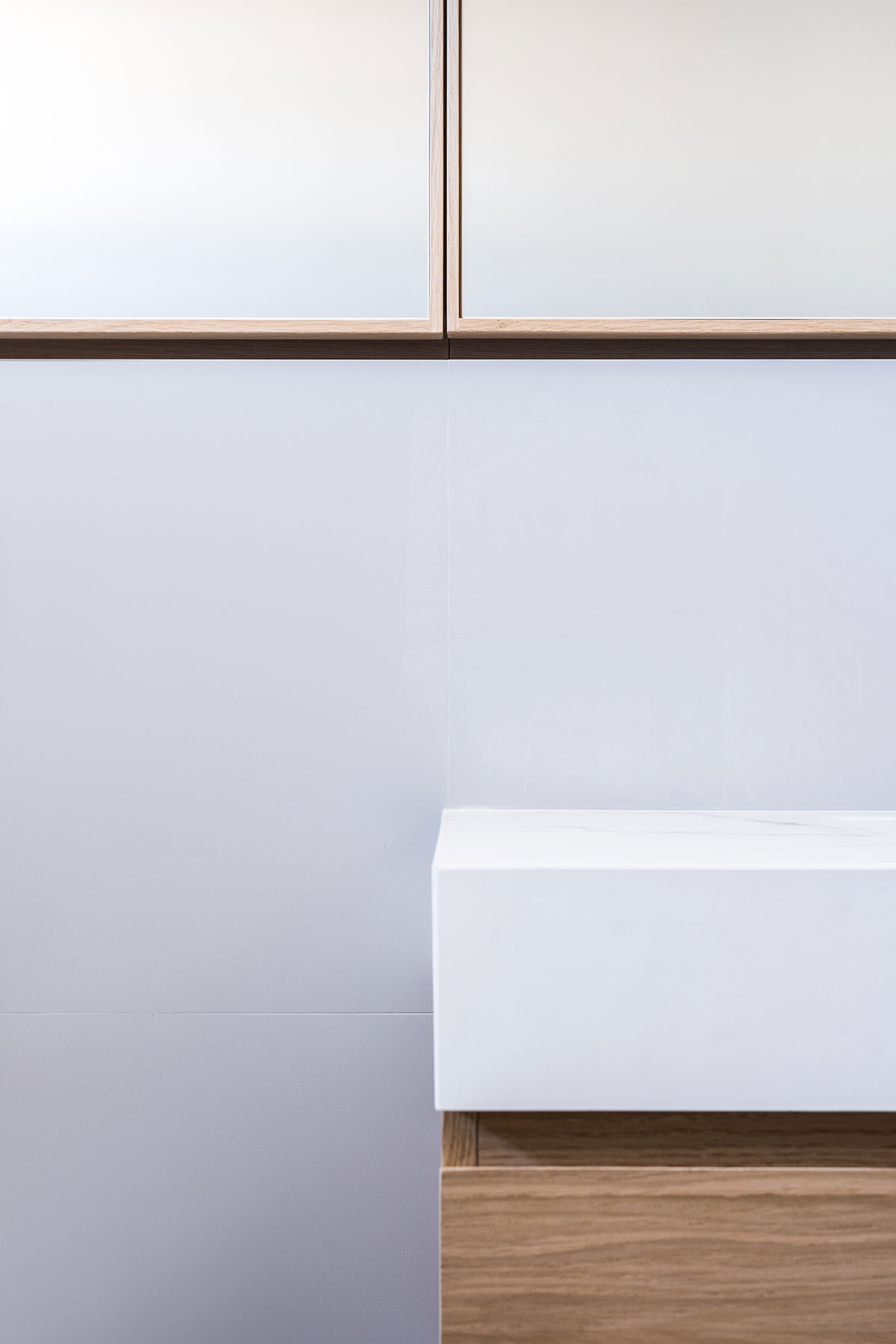 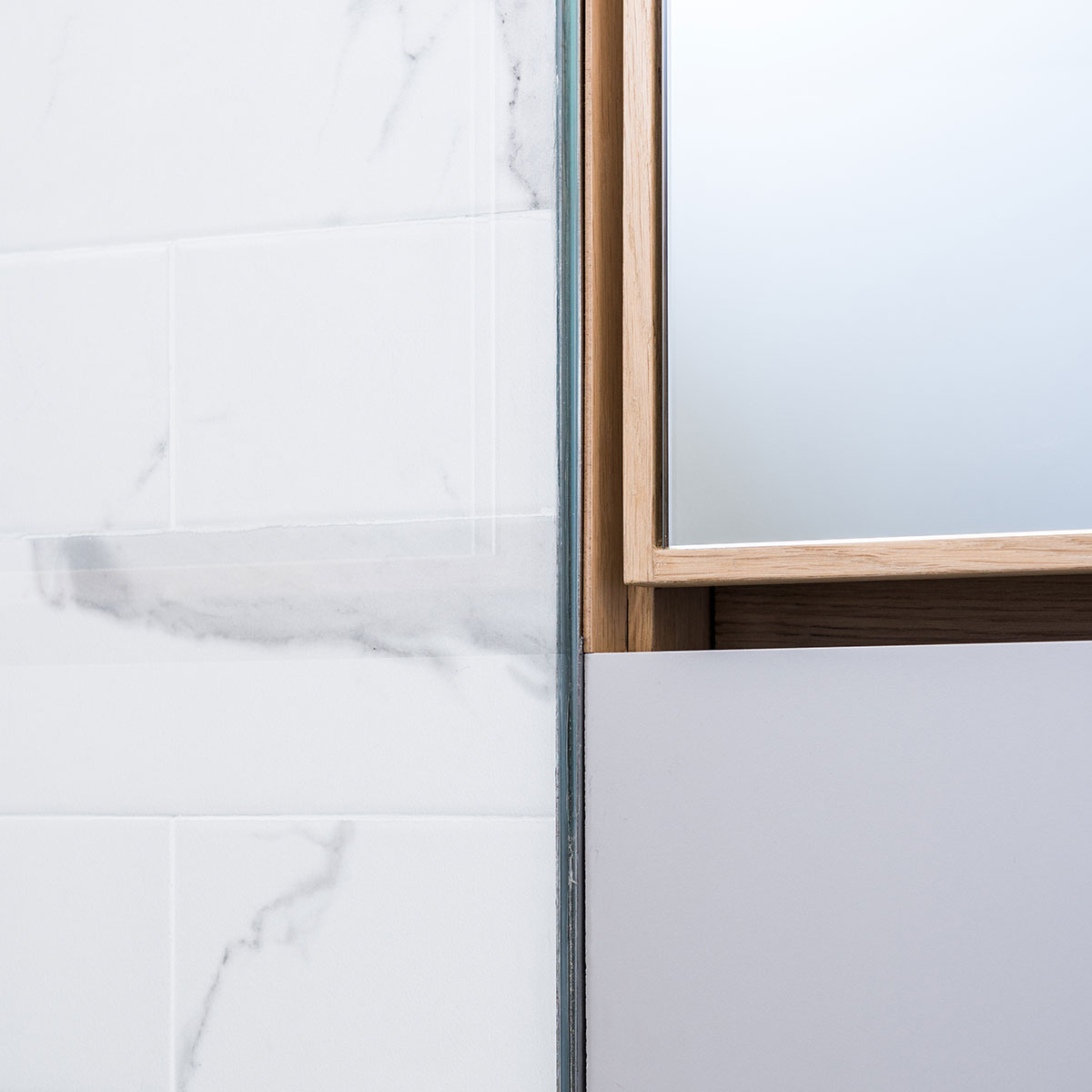 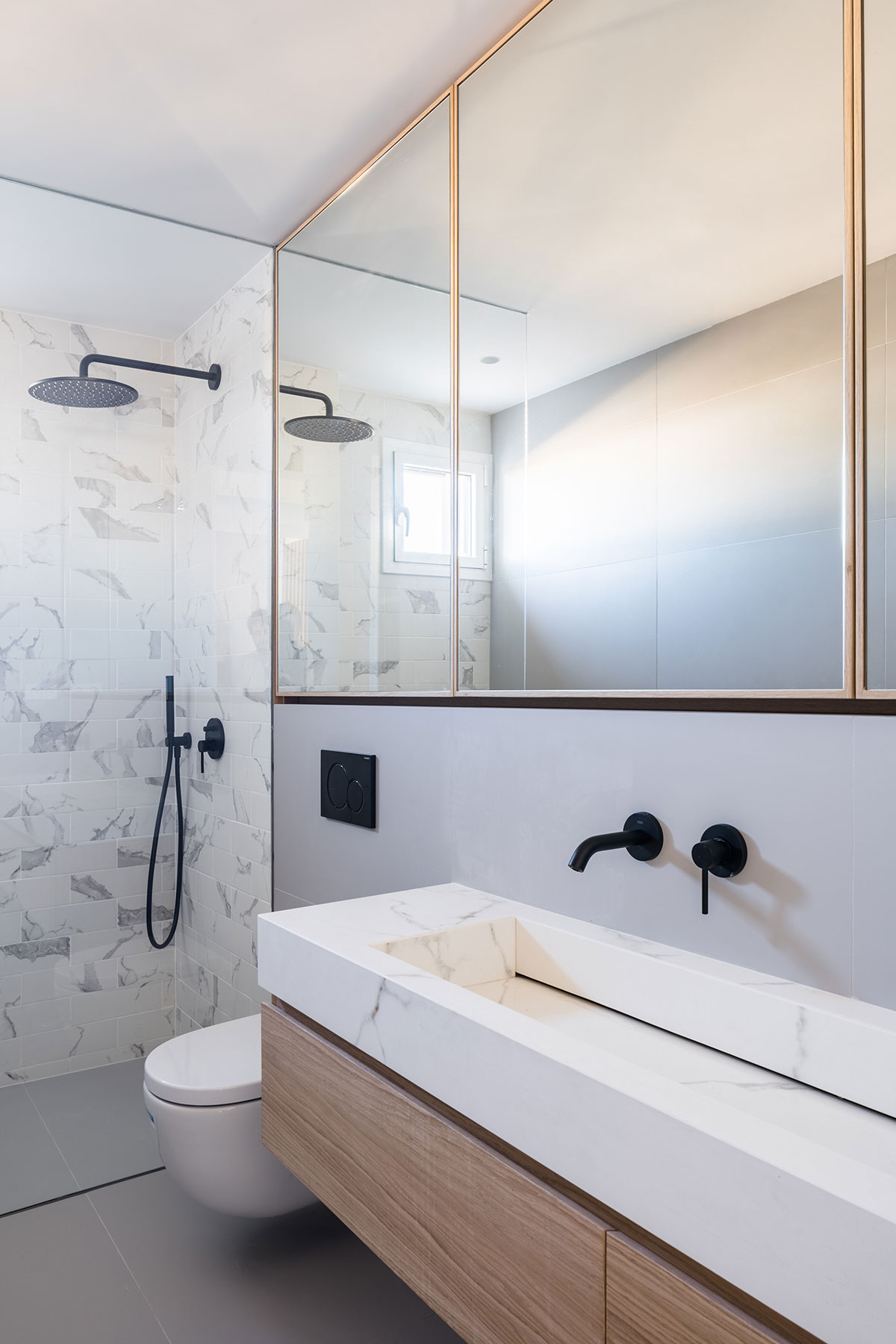 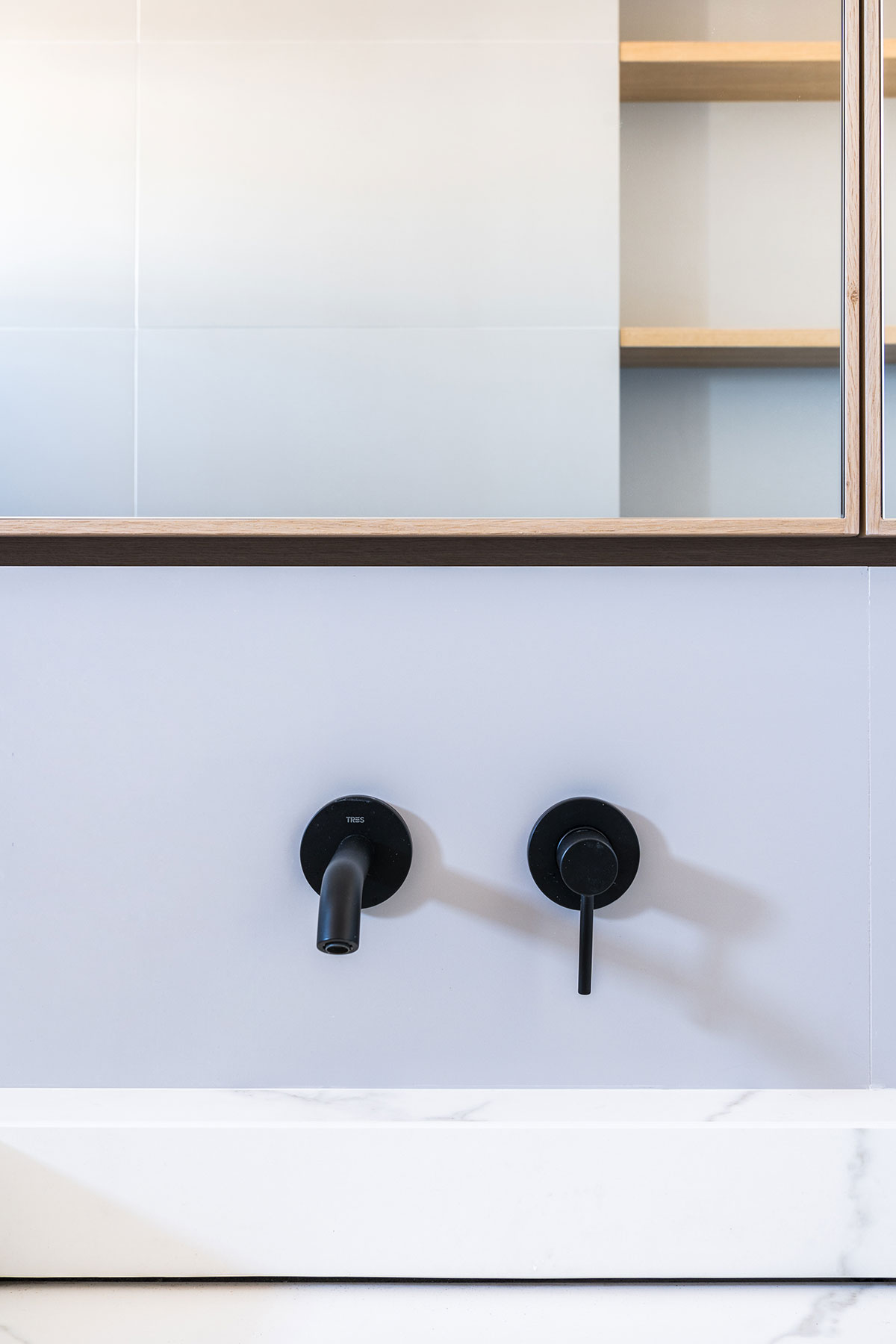 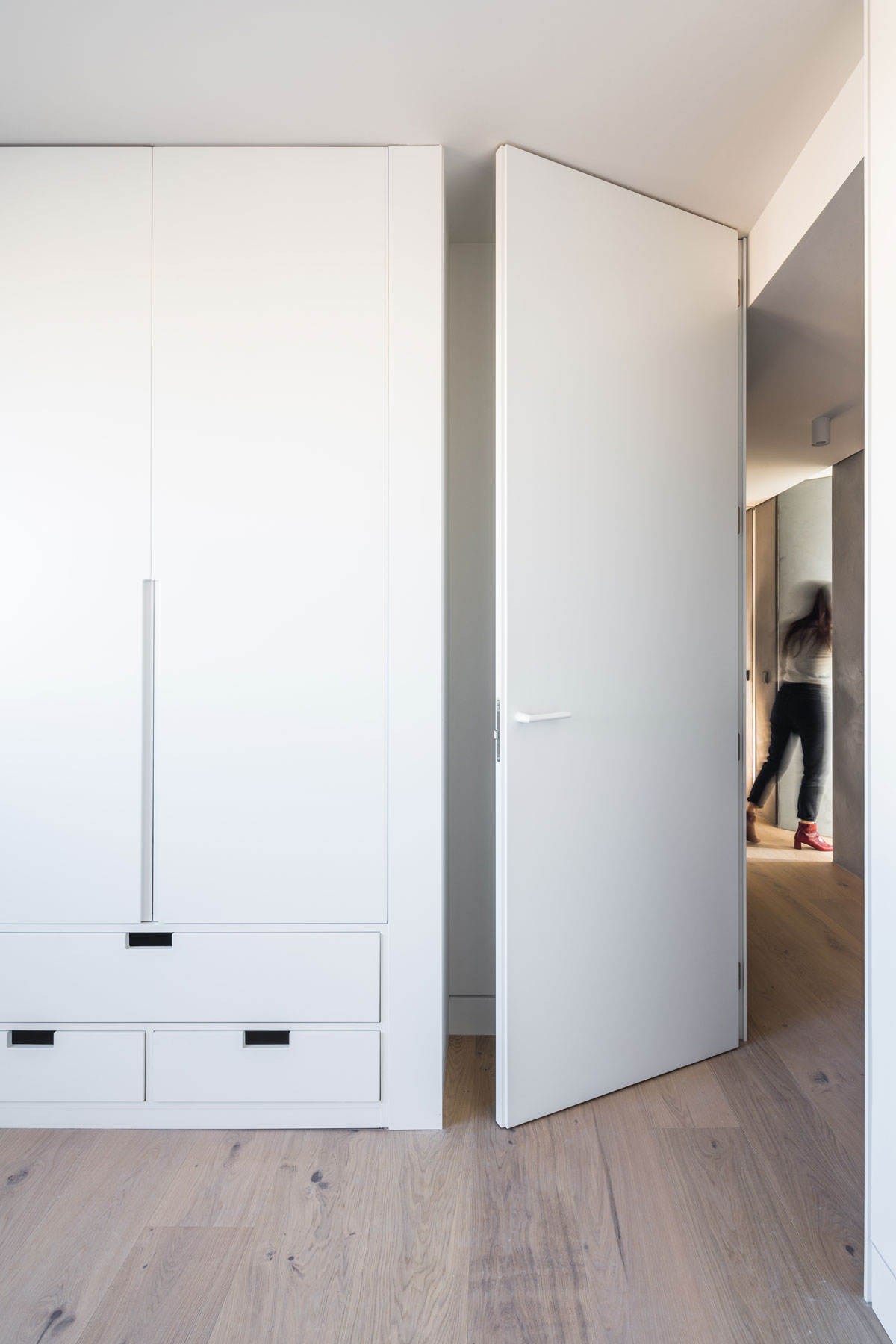 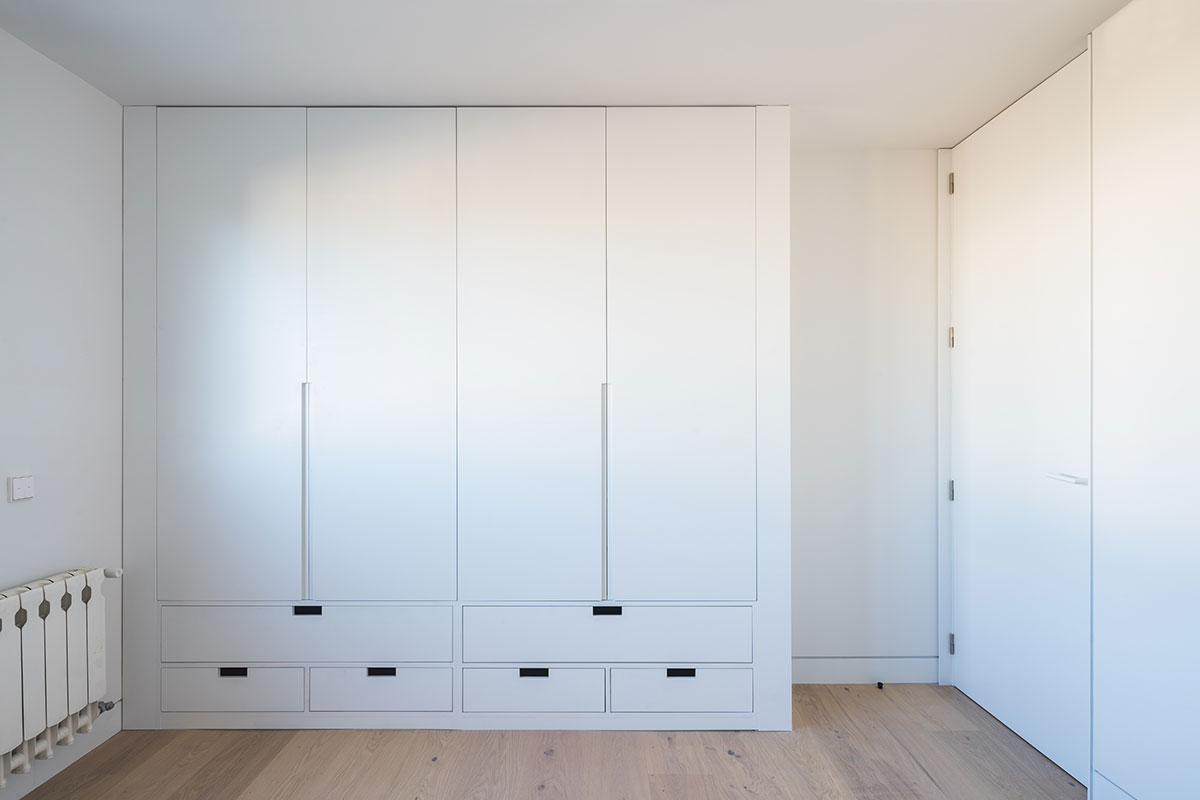 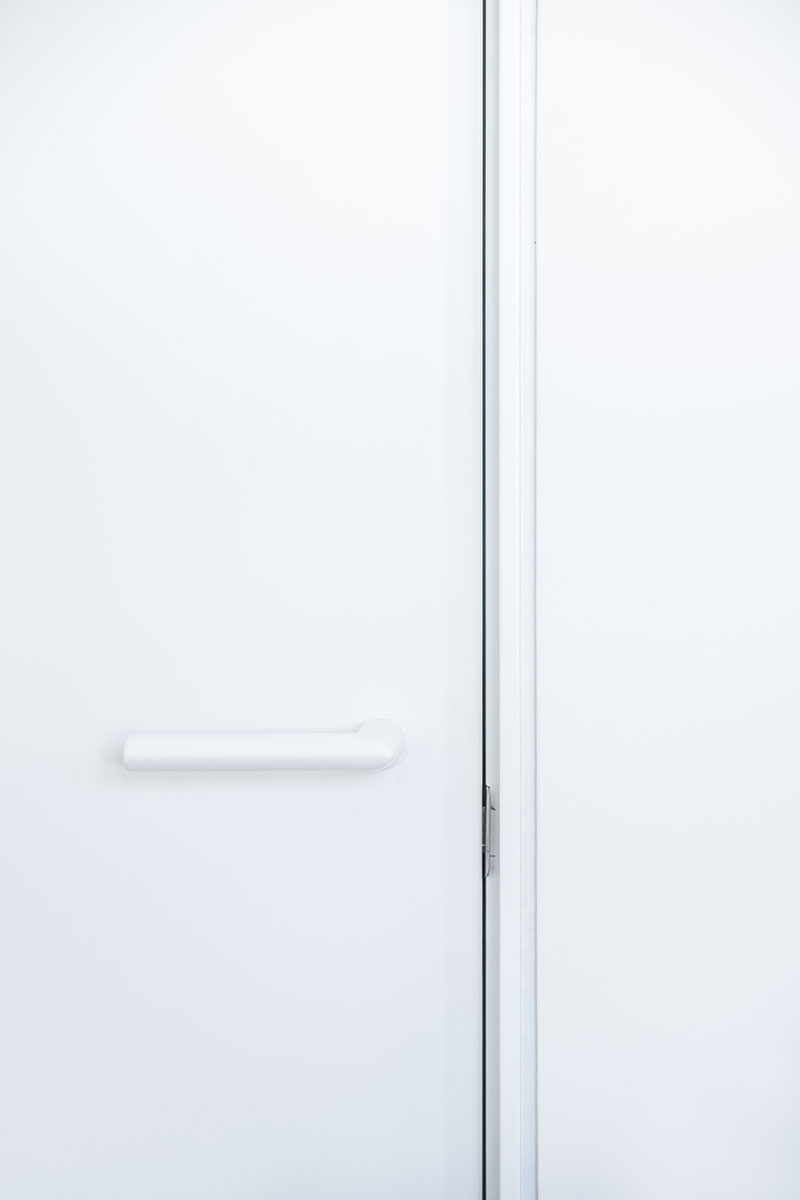 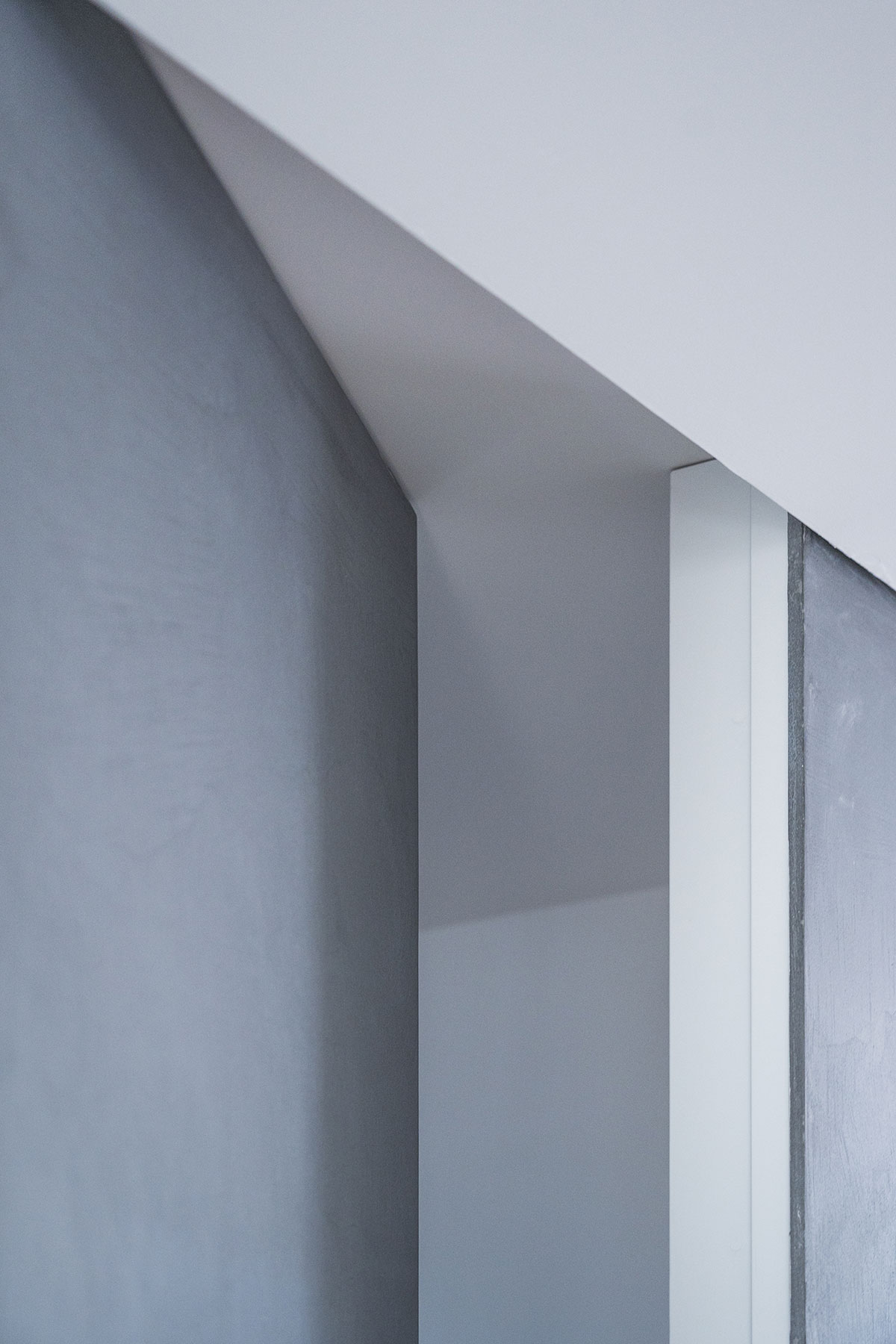 Our dream was for our 130 square-meter apartment located in Madrid to have multiple uses. The danger, however, was that our home would end up becoming a labyrinth. So we found the plan to make the living roomthe main space perfect and it became the foundational concept behind the renovation. This space is opened to the exterior, generating an In&Out feeling that establishes a permanent connection between the two spacesIn this way, the landscape terrace forms part of the interior, adding spaciousness and continuity established via a floor-to-ceiling window that can dissappear to create a truly unique space. To organise the rooms and establish an effective distribution, we decided to organise the apartment around a solid element, as if it were a concrete block. Three worlds are generated from it: the monolith, the distributing corridor,and the rooms that the corridor created access to. At one end,we located the most private spaces, such as bedrooms, bathrooms, laundry room, studio. At the other end, we place the most public spaces, such as the kitchen, guest bathroom, living room, dining room and terrace. In the living room, as we said earlier, we wanted to add more spaciousness and create the feeling that the terrace was part of it. That is why we chose carpentry and materials that speak to one another, both inside and outside the apartment, and featured the greenery as if it were a decoration, or a work of art. We chose similar flooring In&Out to add depth to the space: oak laths inside and simlar-looking porcelain laths outside. In the master bedroom, we wanted tointegrate the bathroom without dividing the room. That is why we chose timber slats that we can see through, giving the space a unique sensation, and allowing us to take a shower while enjoying the terrace views. The apartment’s singular accents are in black brass that contrasts with the timber and white finishes. This not only breaks up the chromatic spectrum, but highlights the central role the accents play in the architecture.