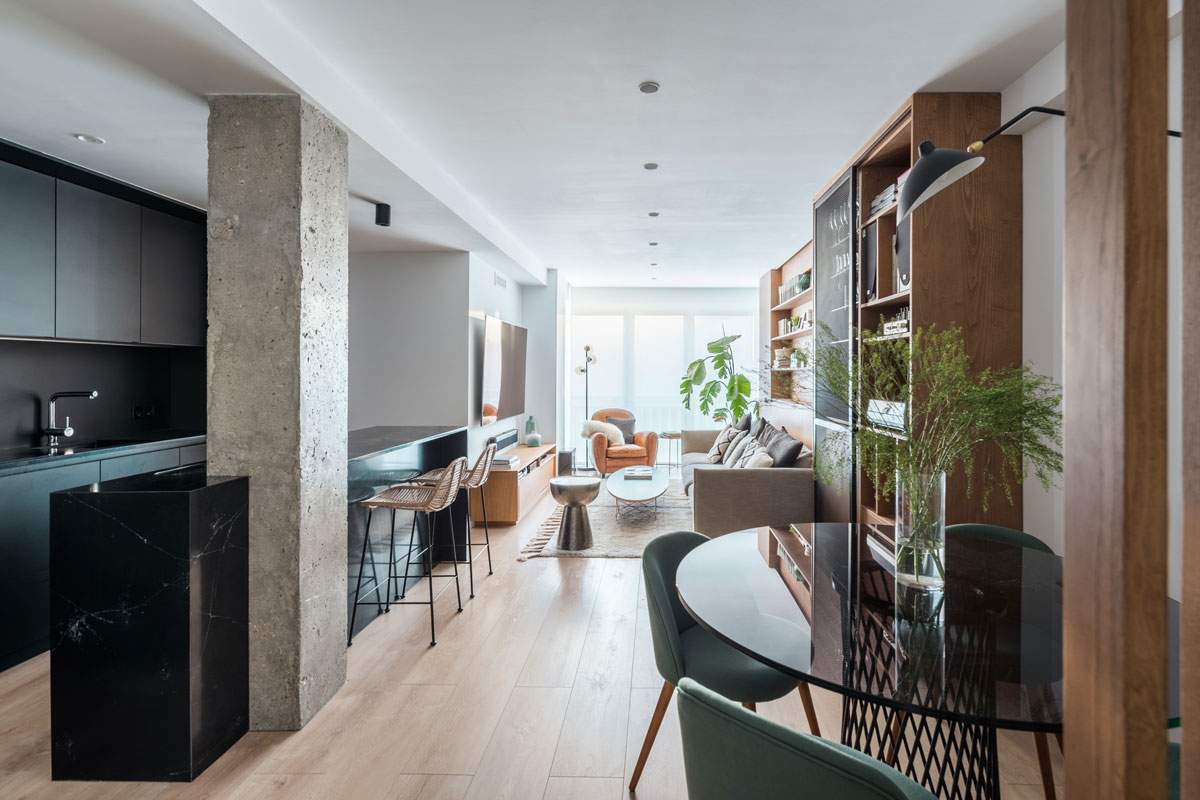 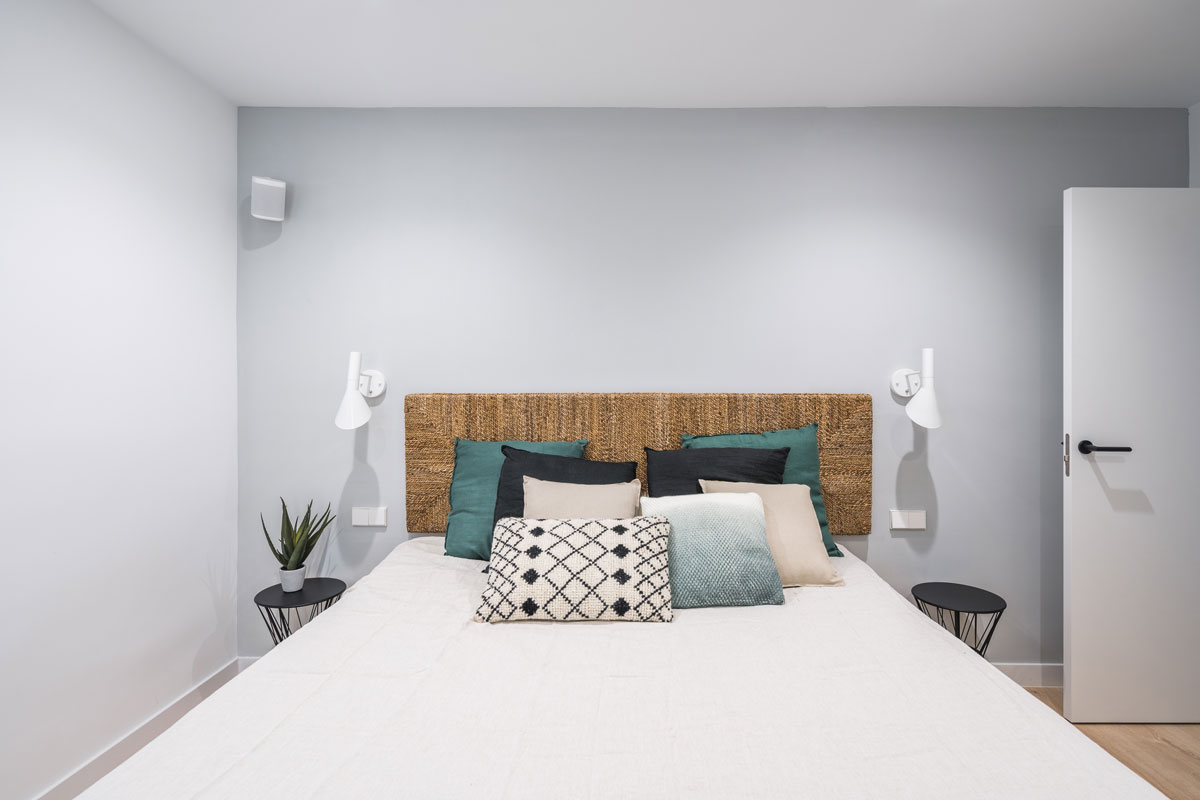 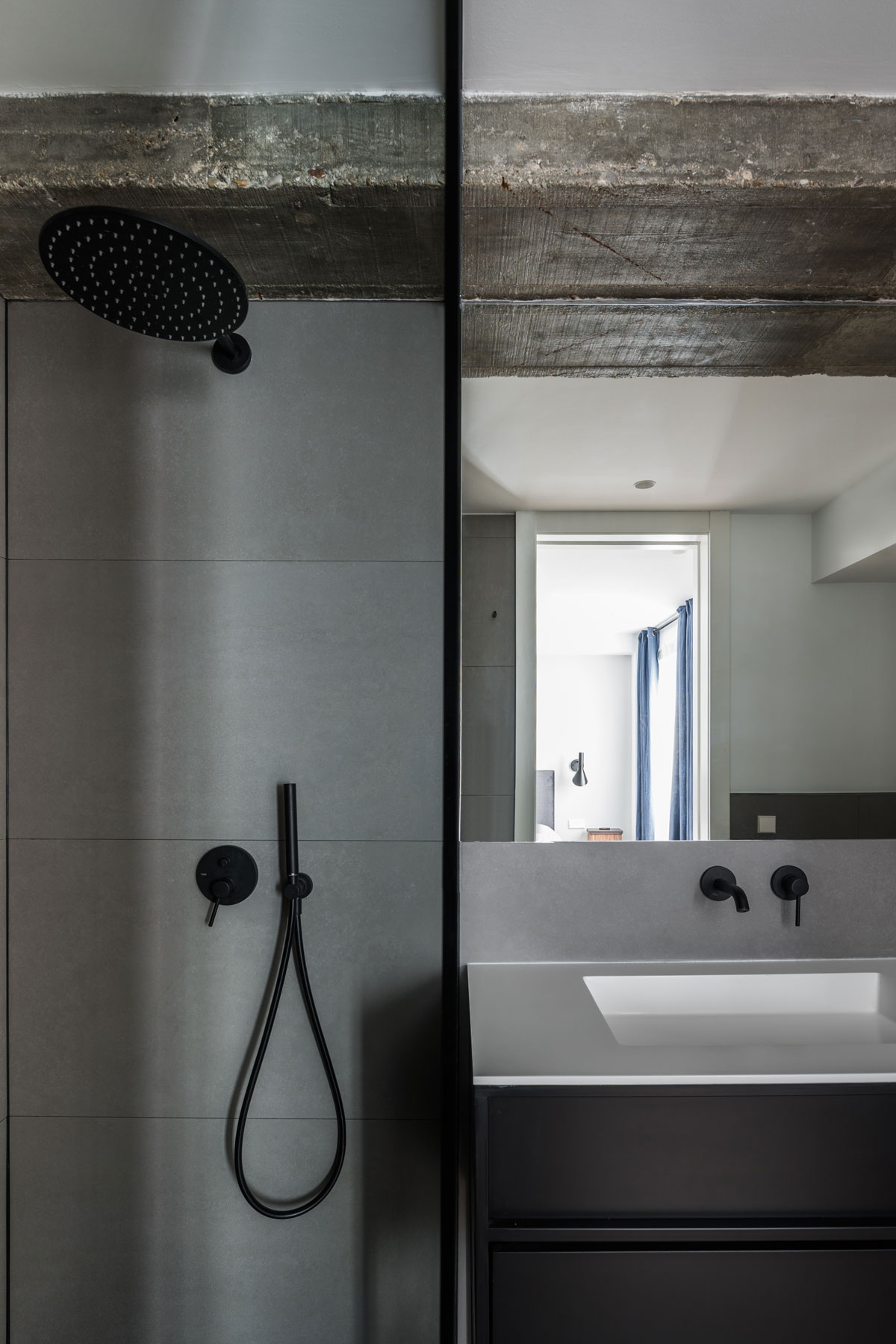 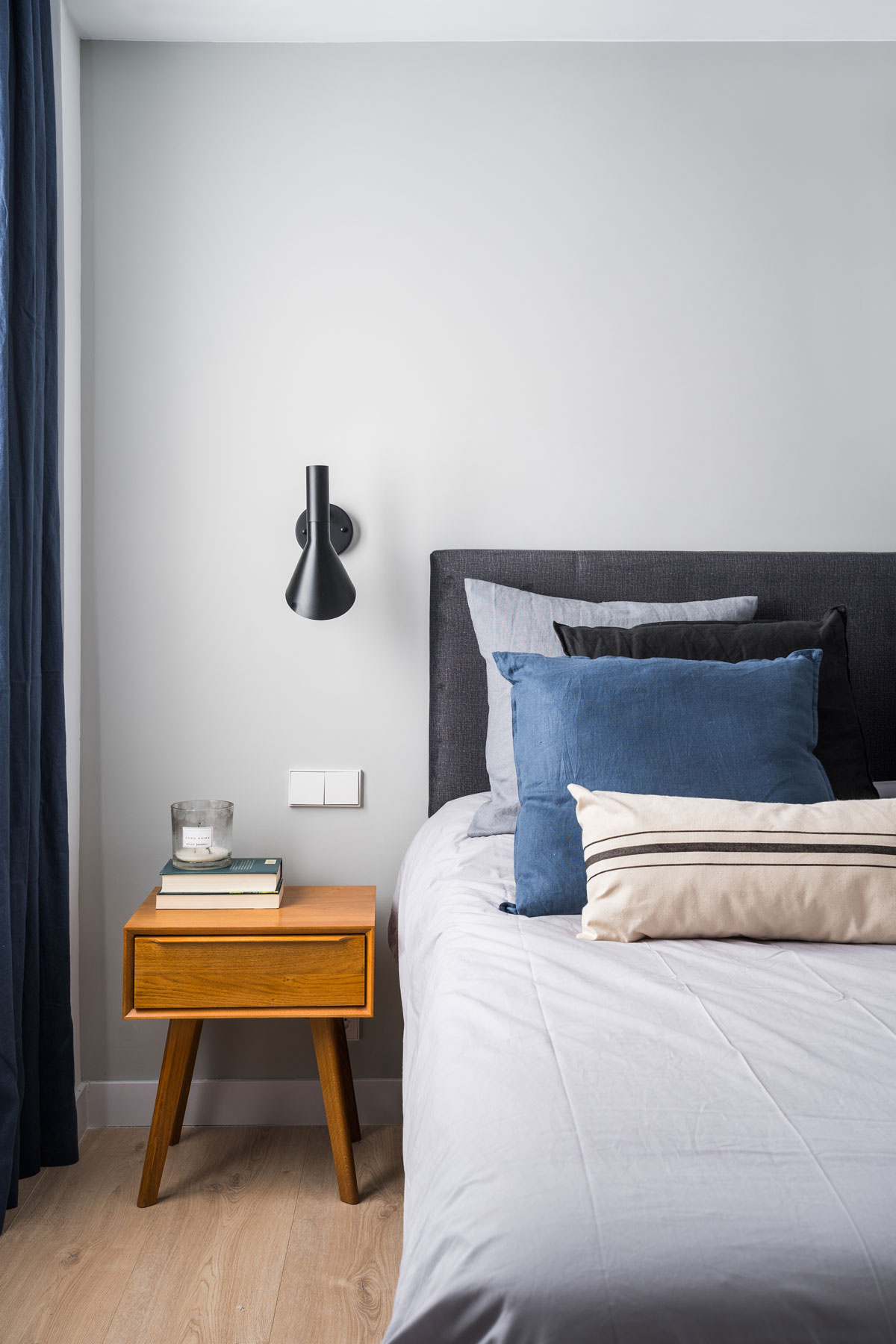 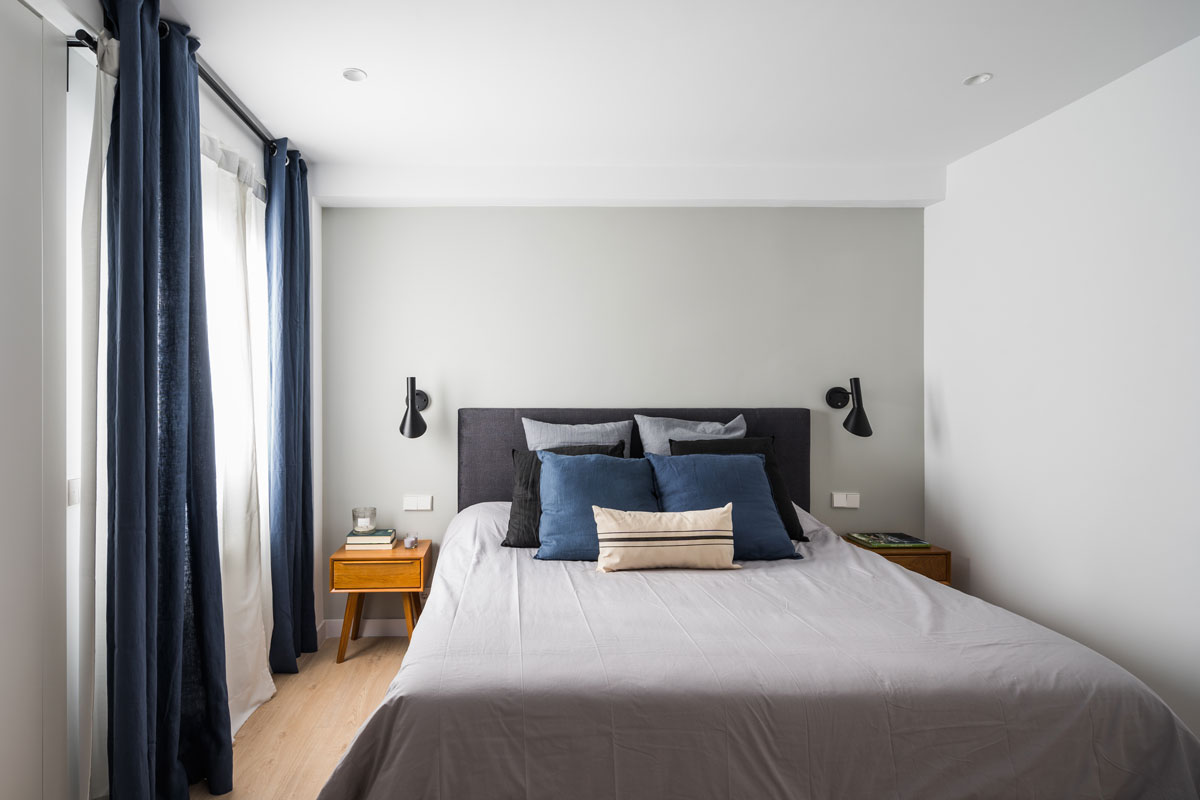 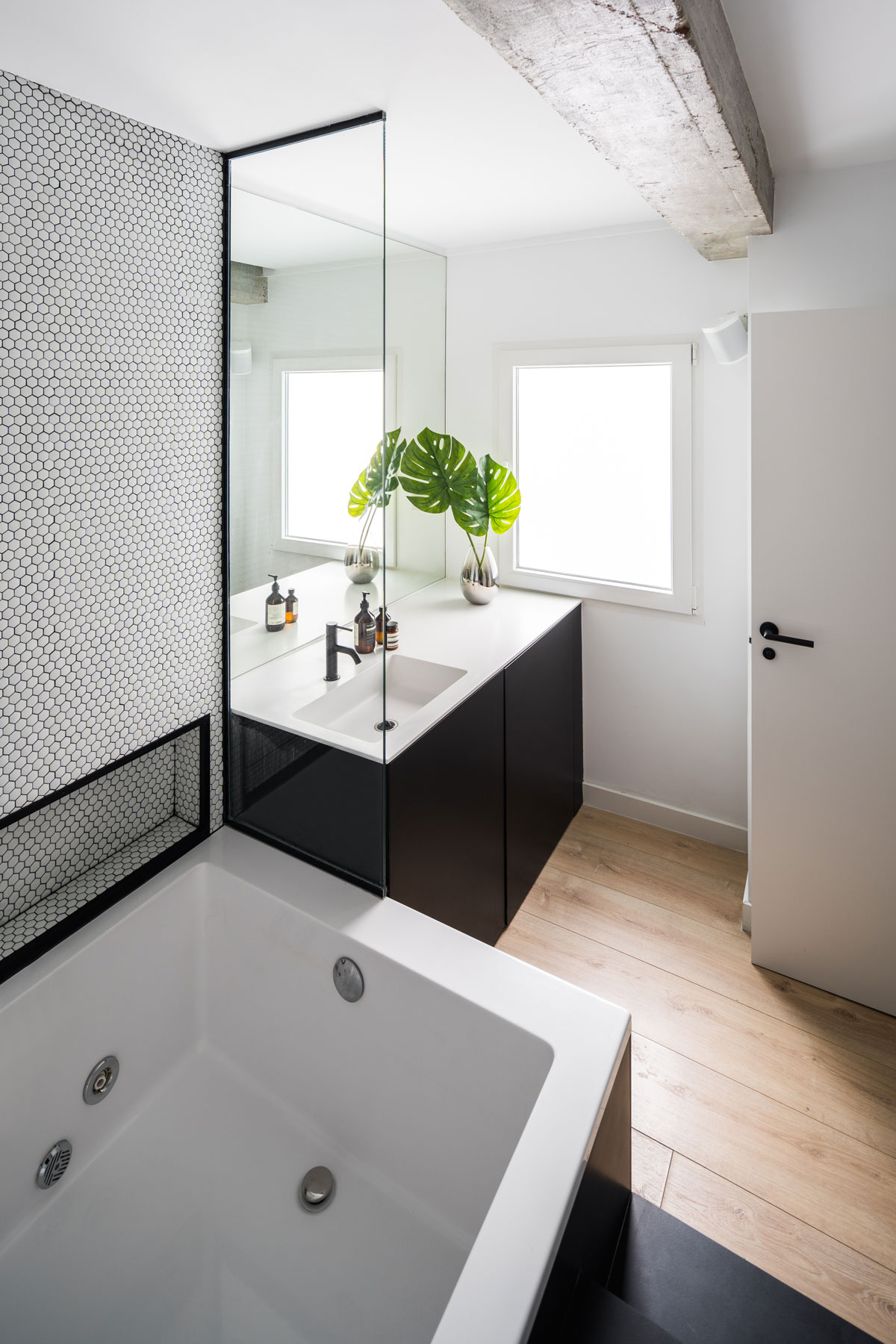 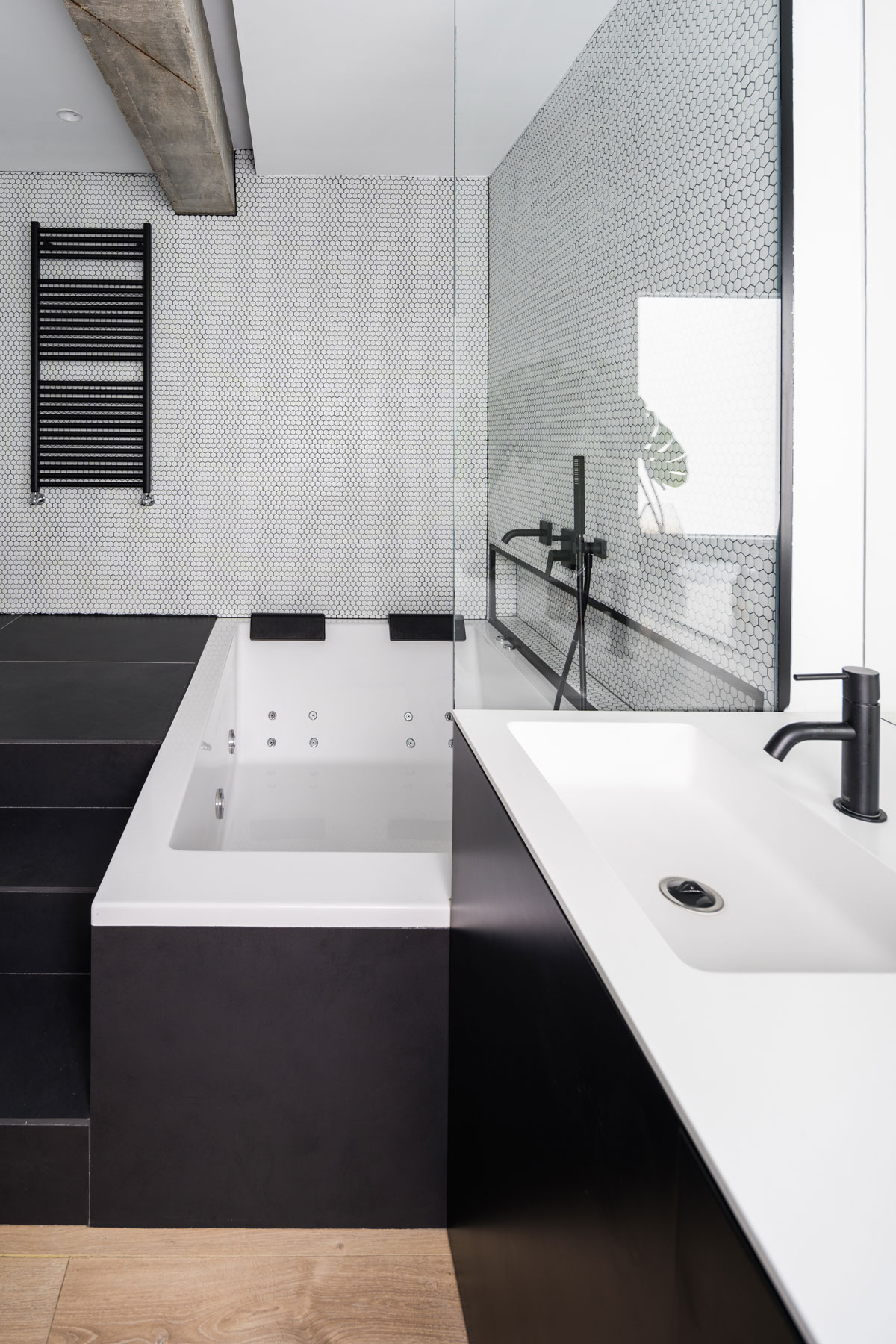 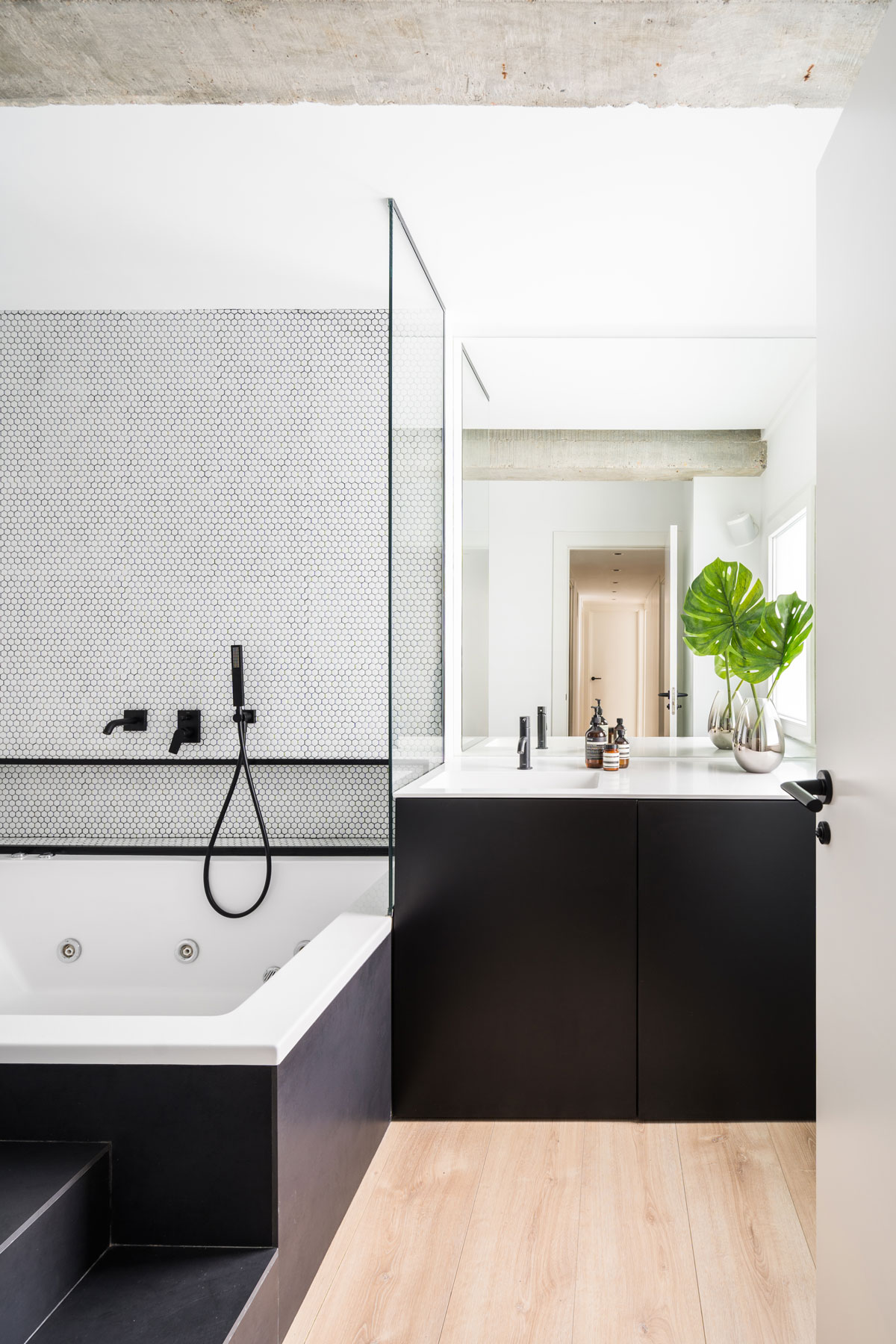 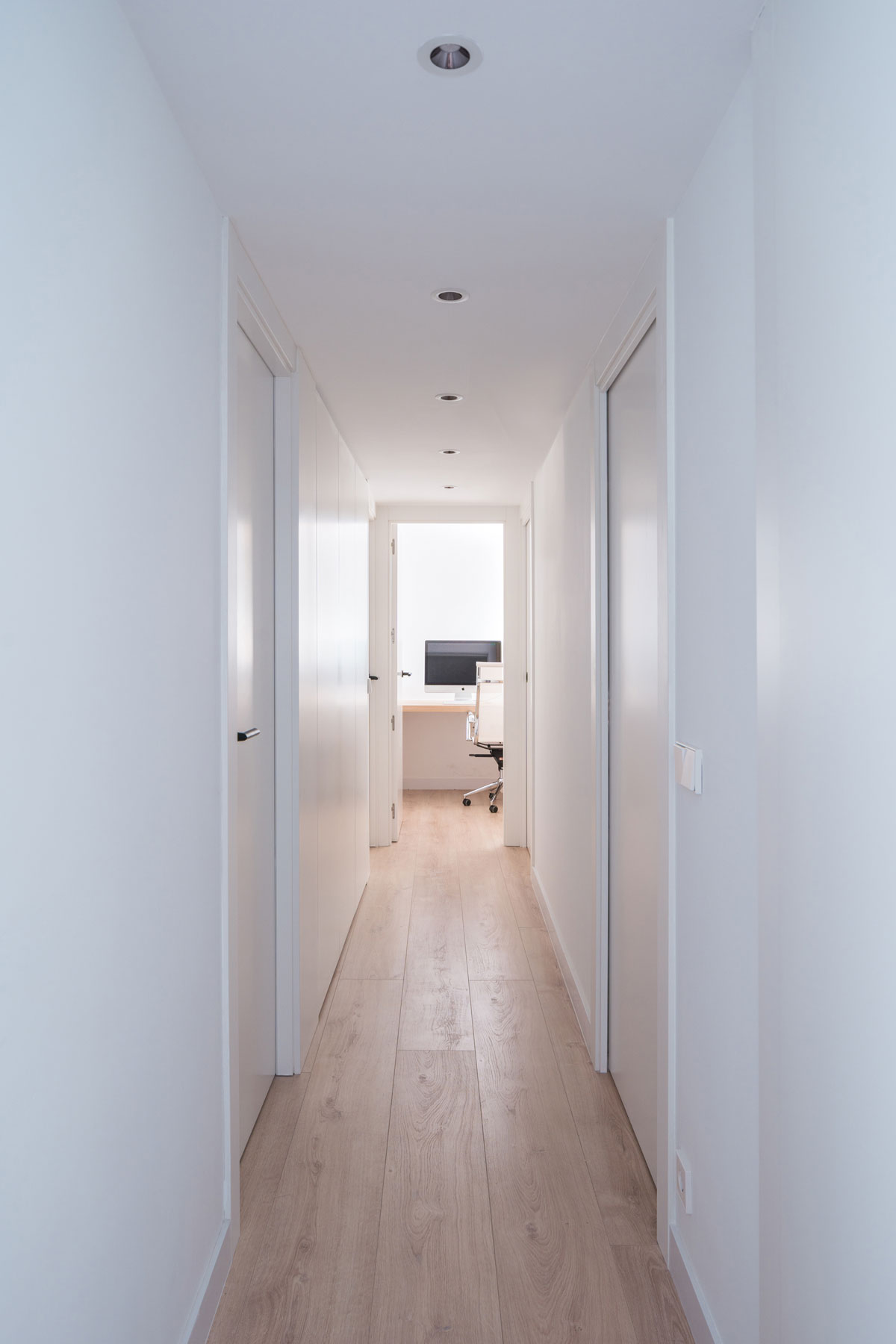 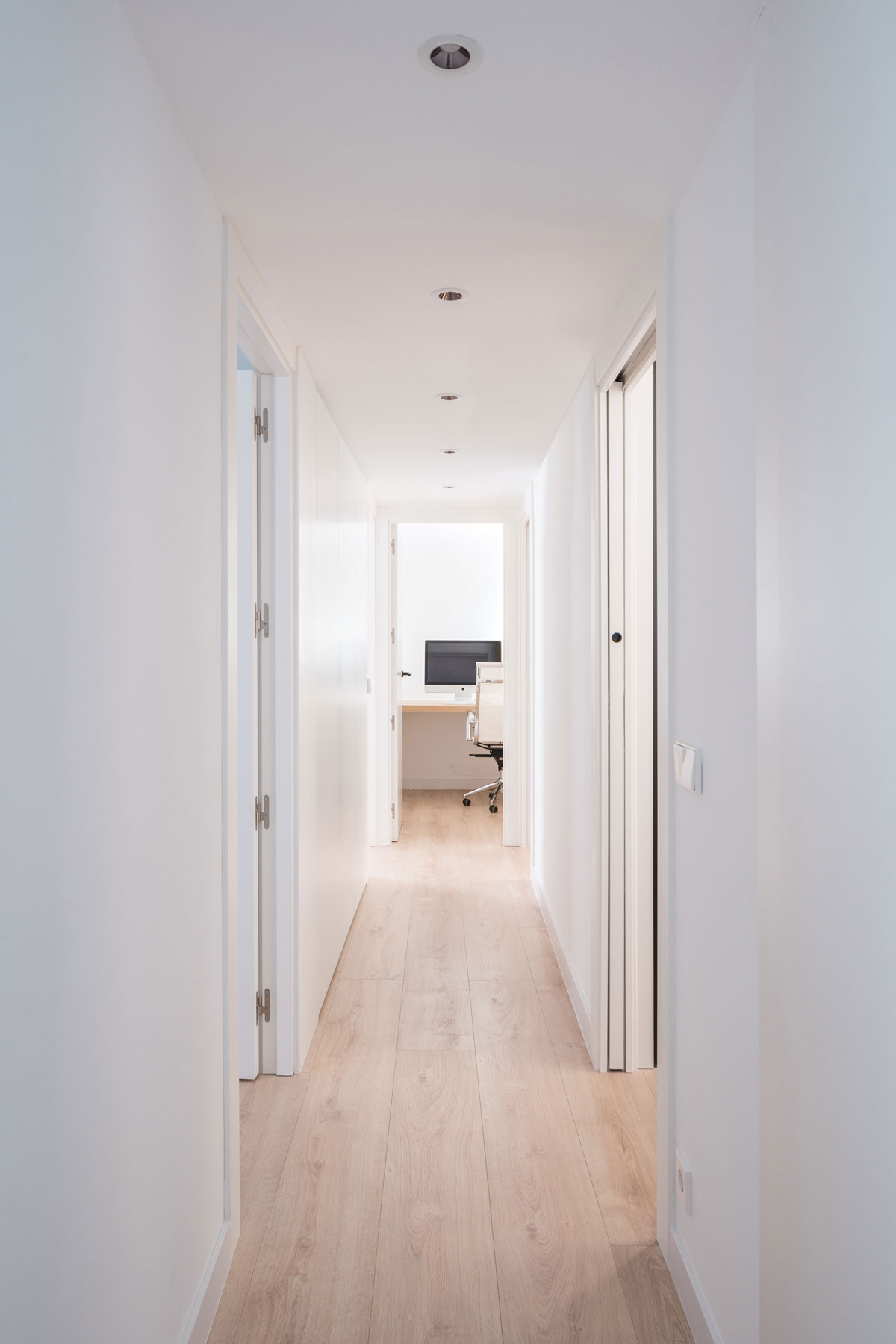 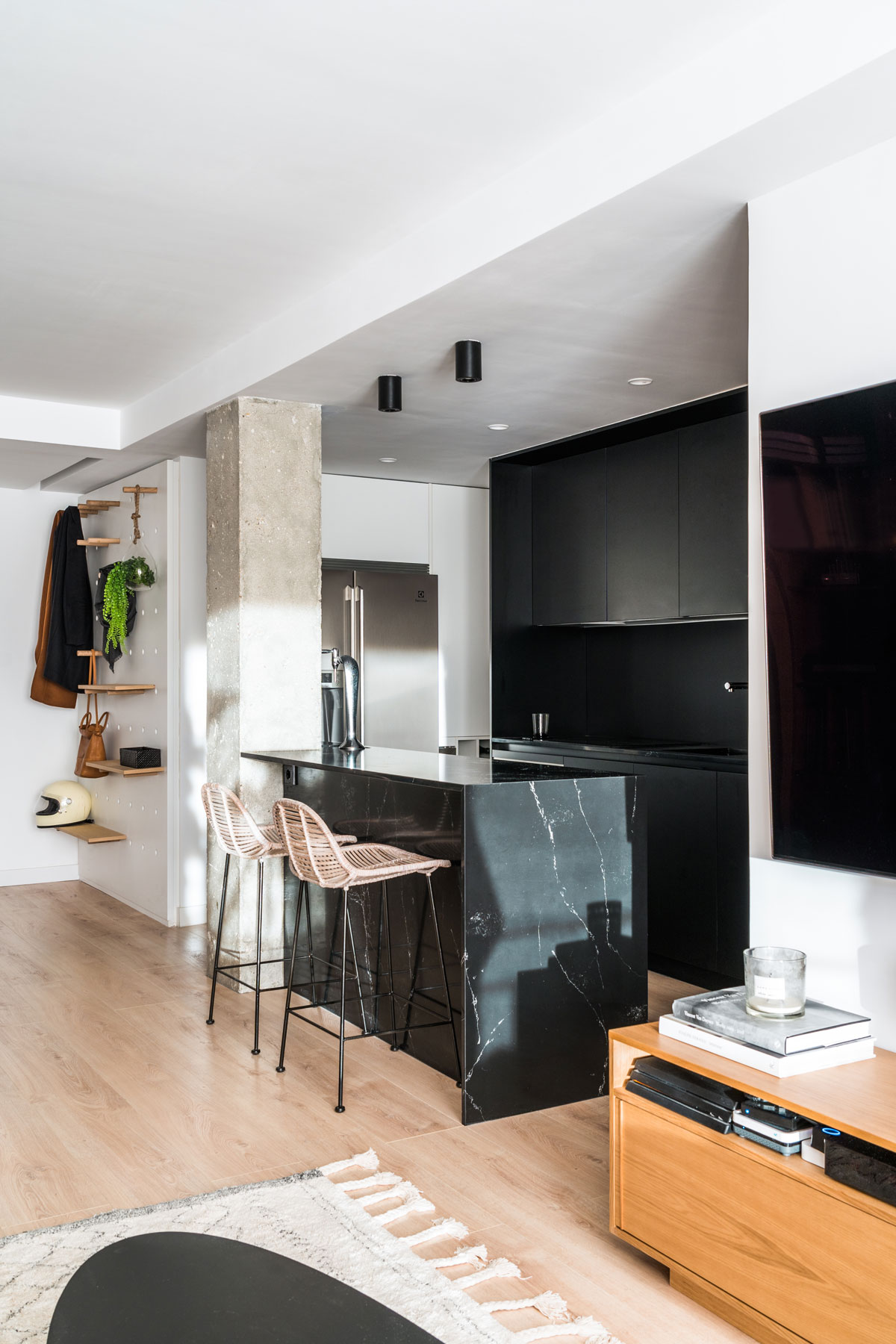 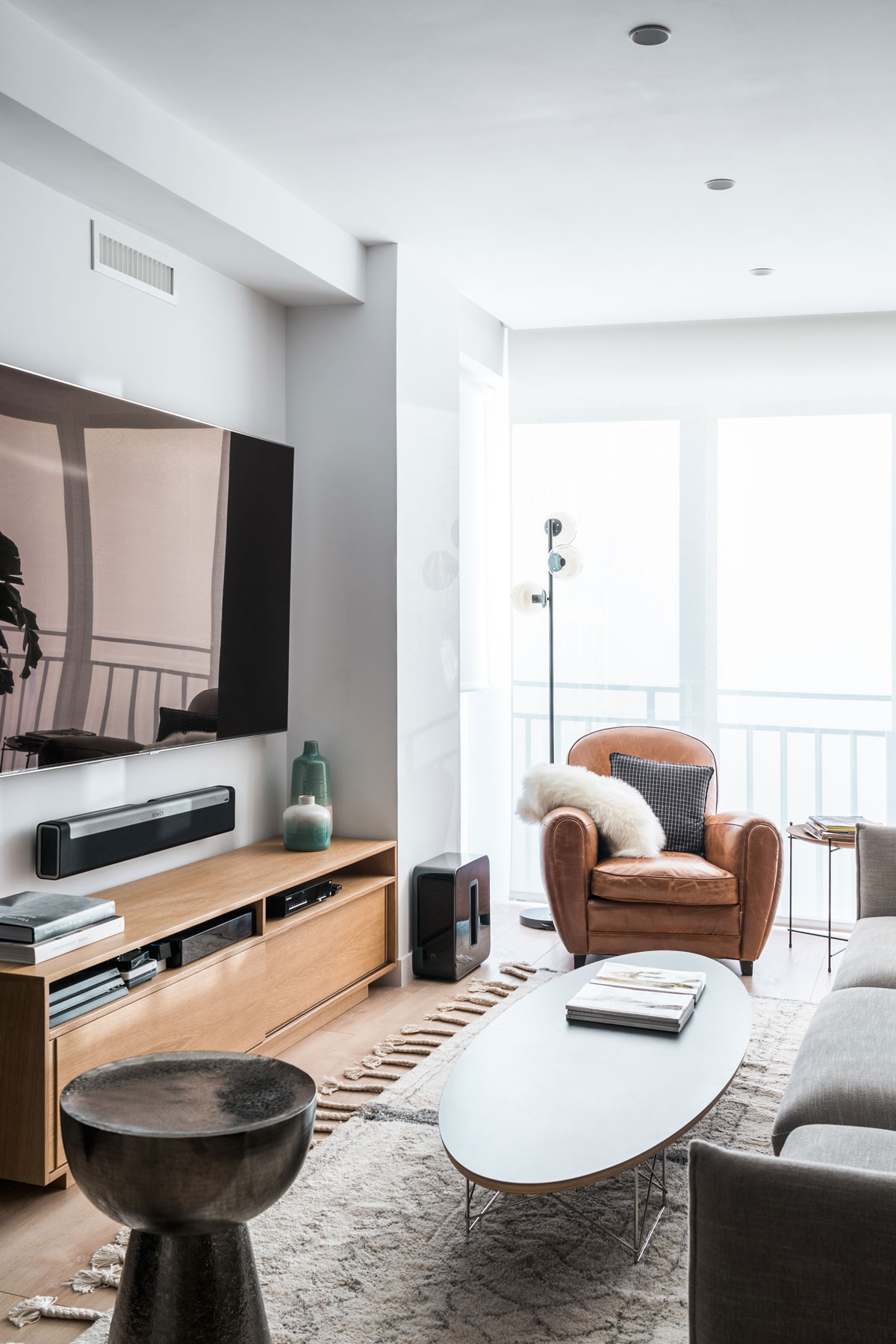 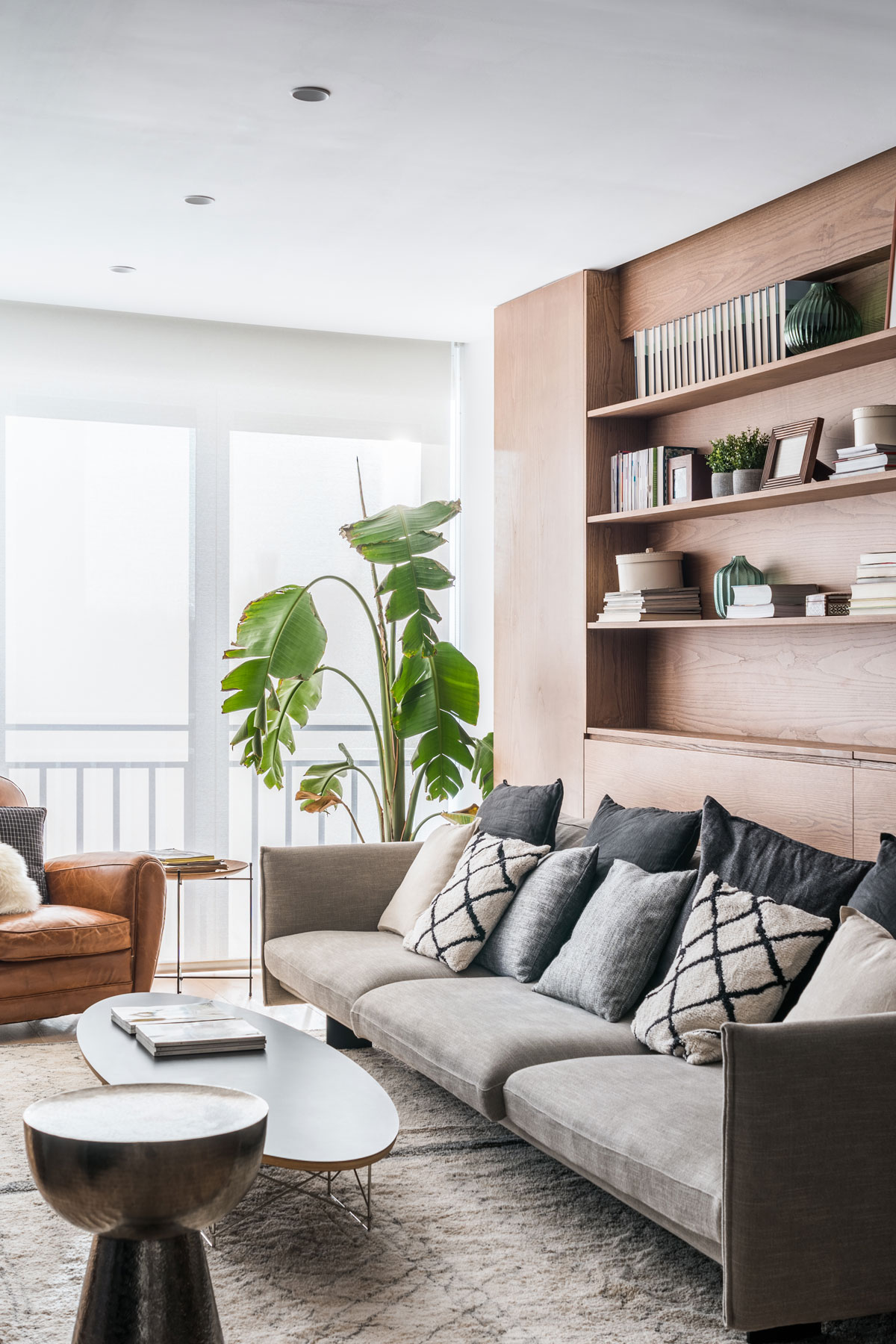 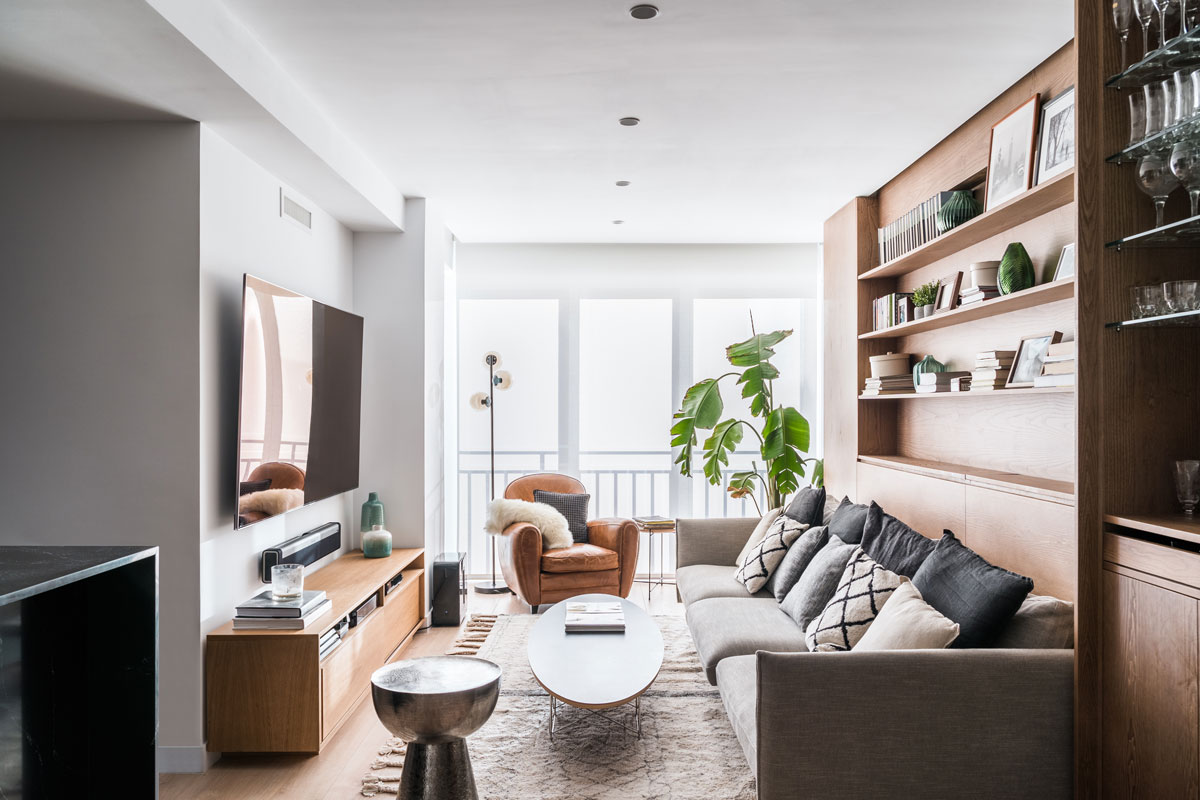 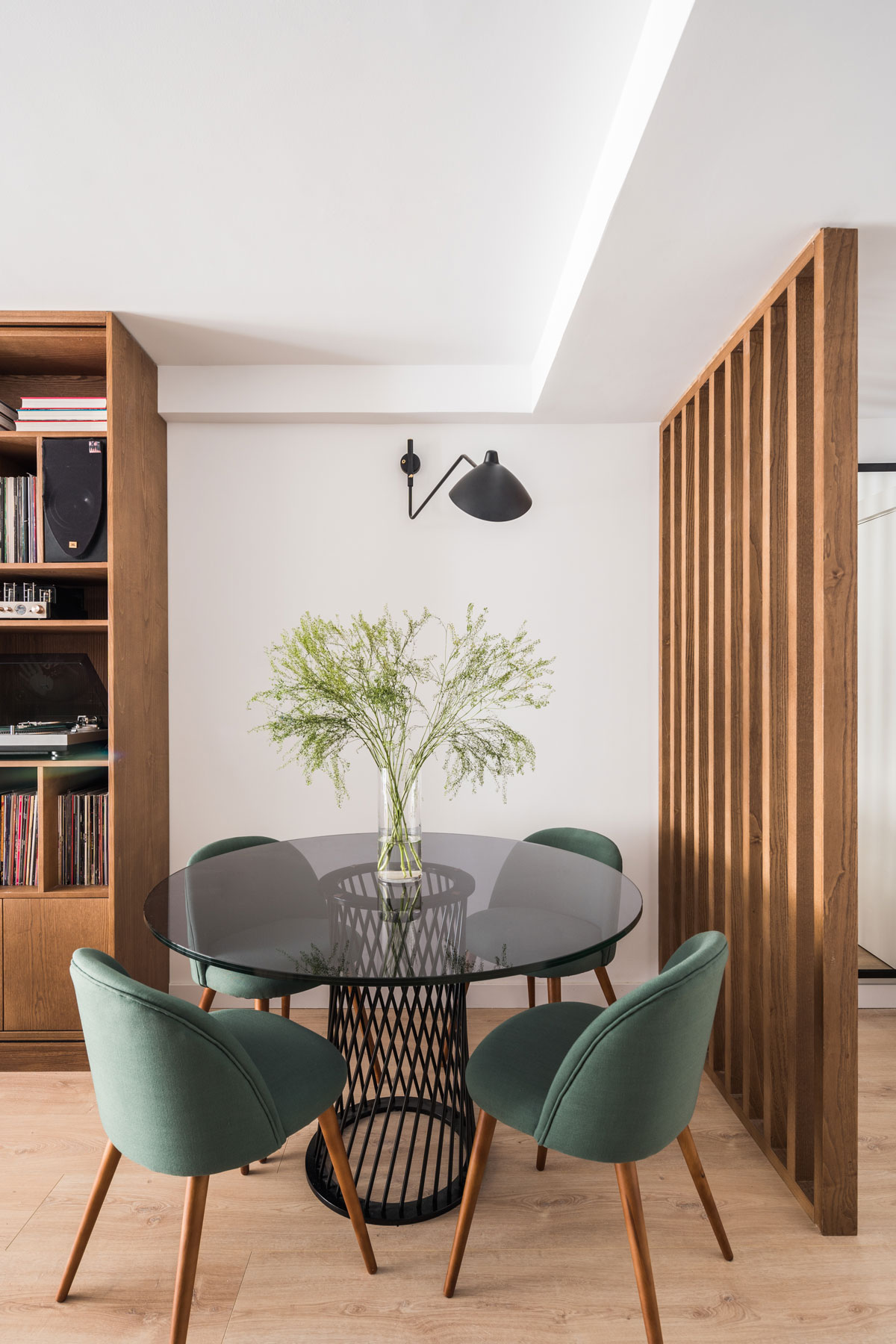 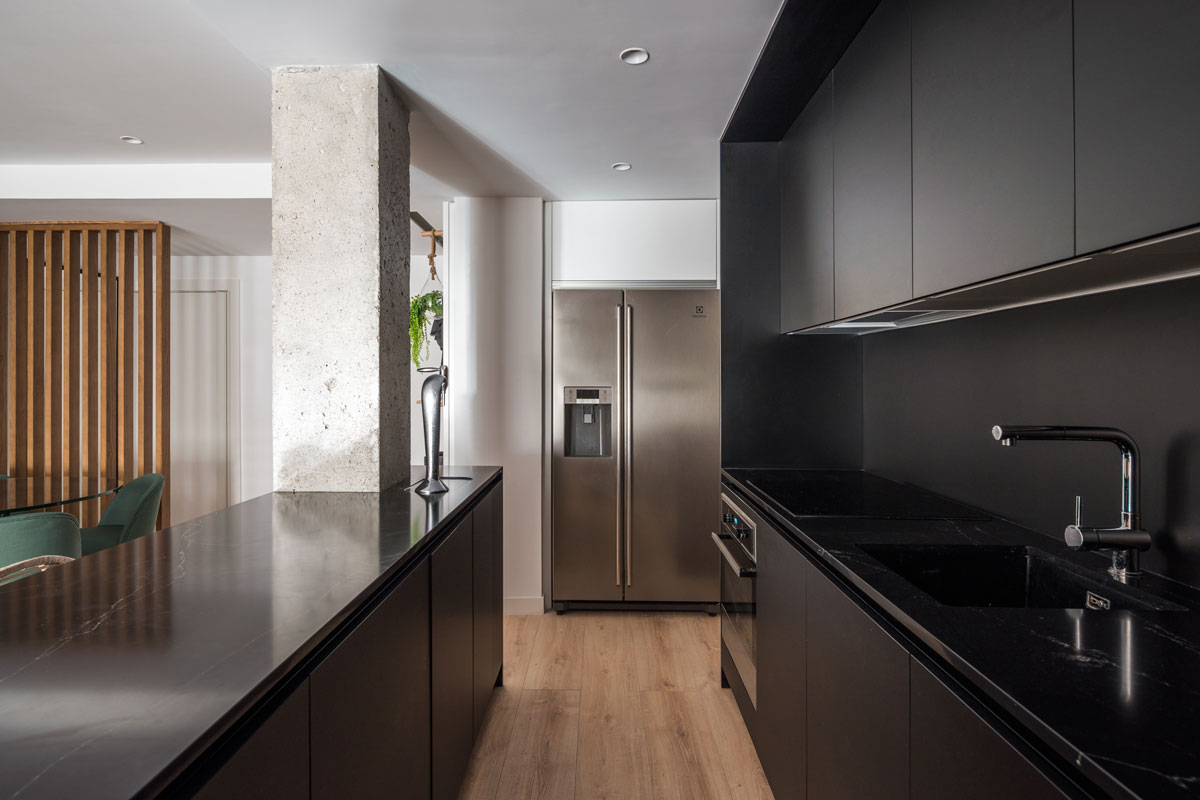 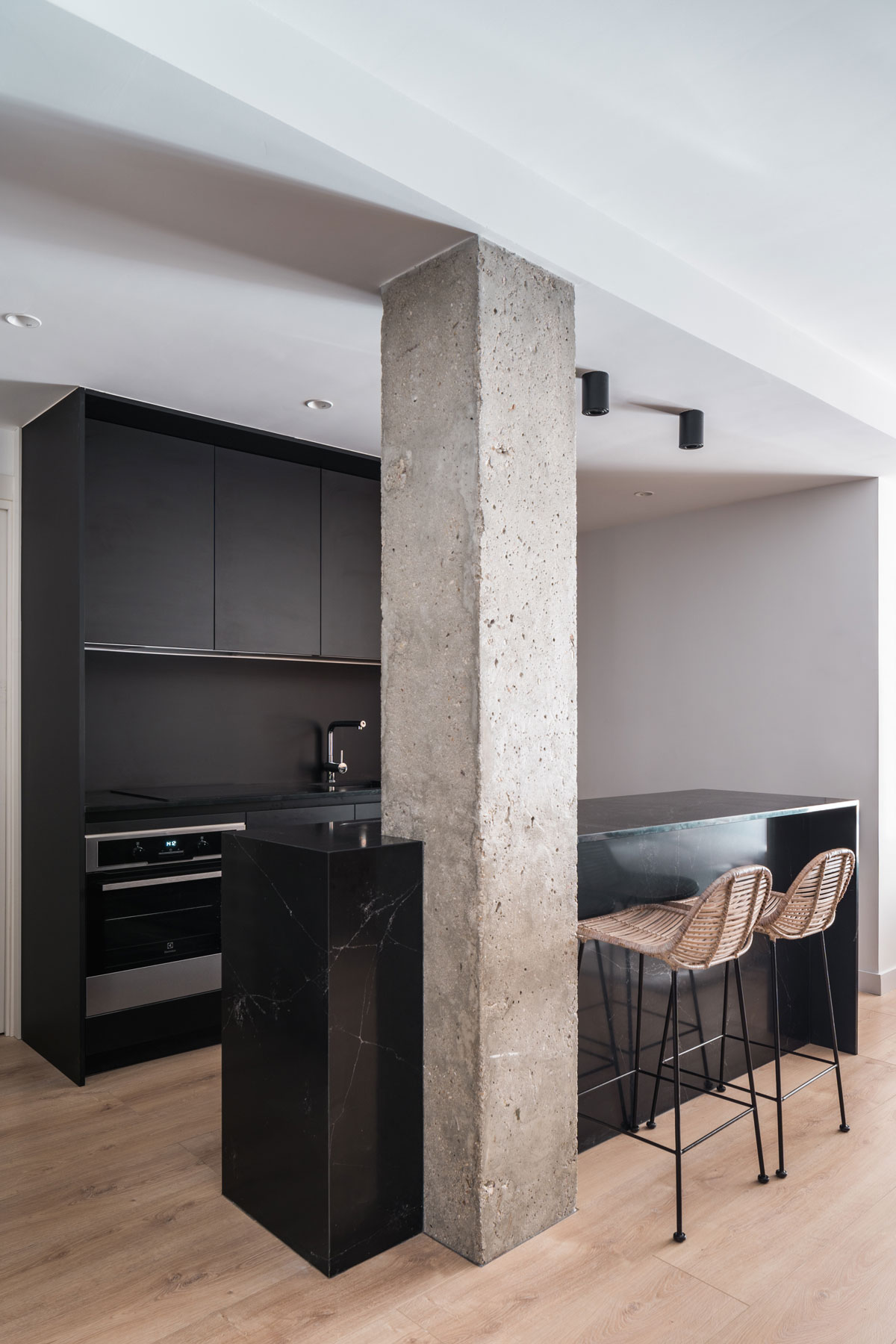 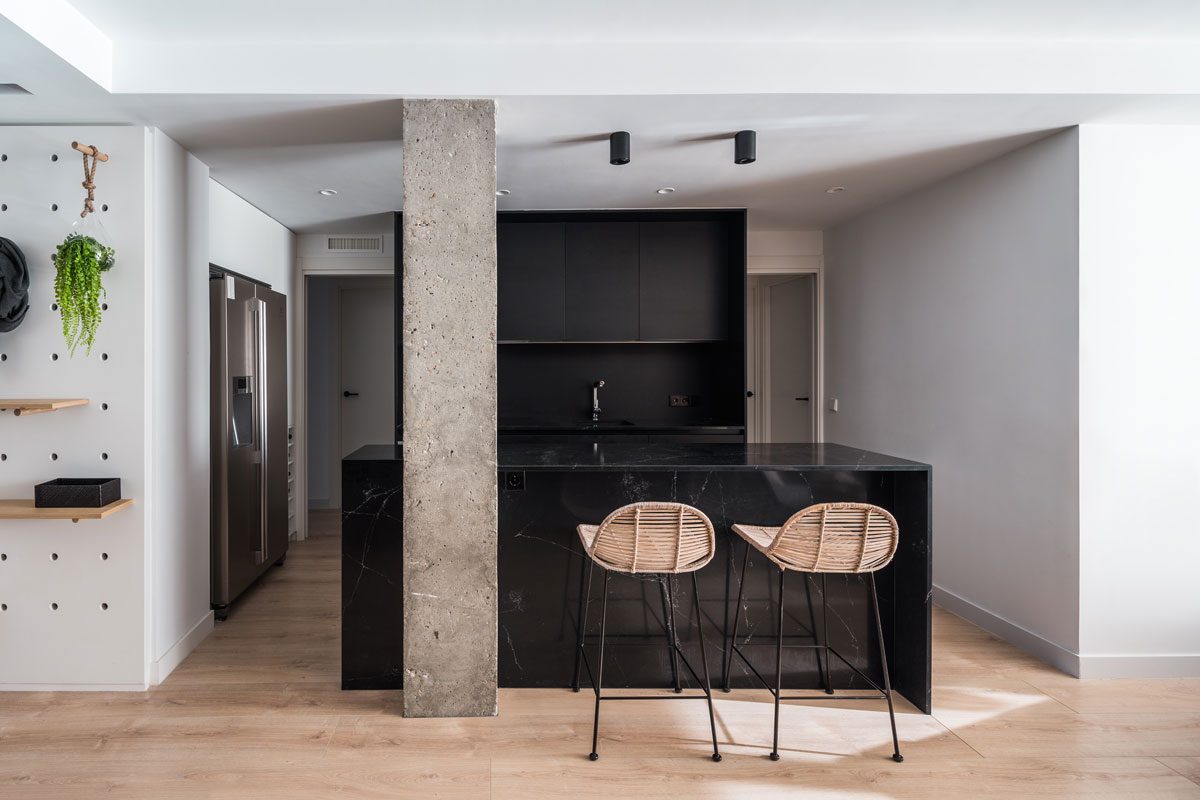 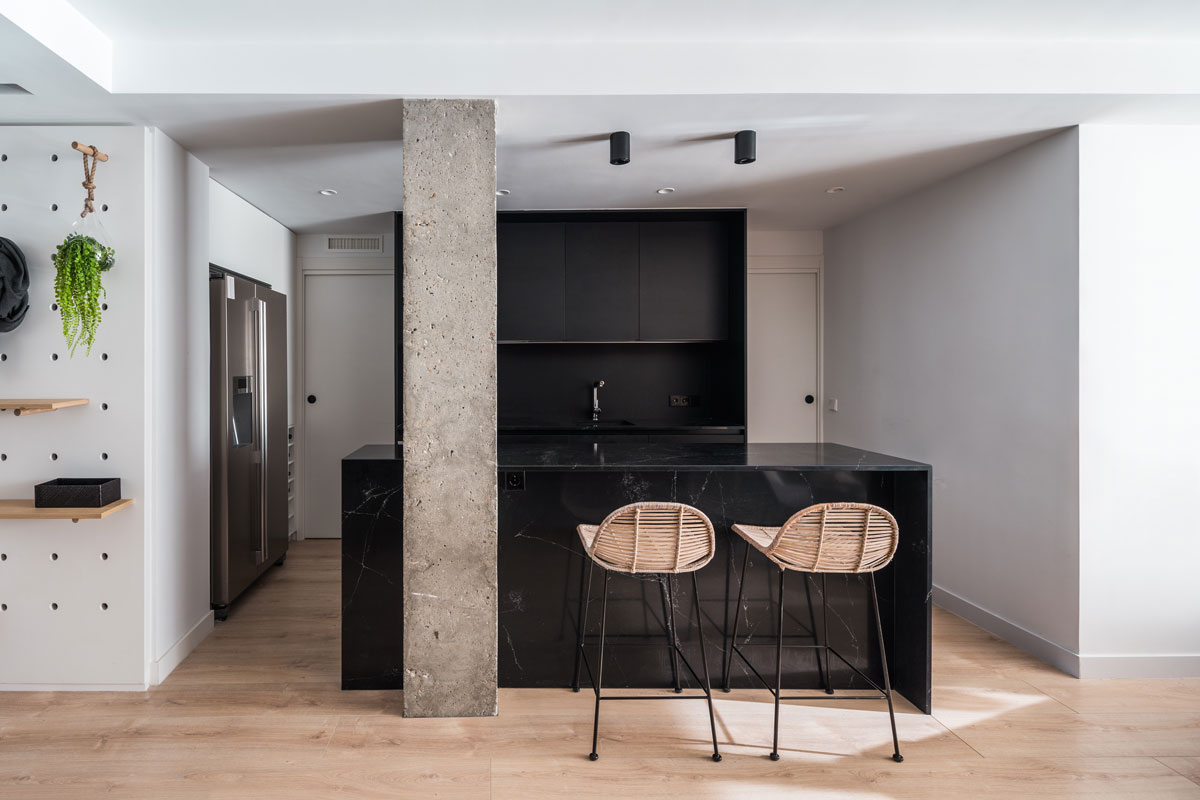 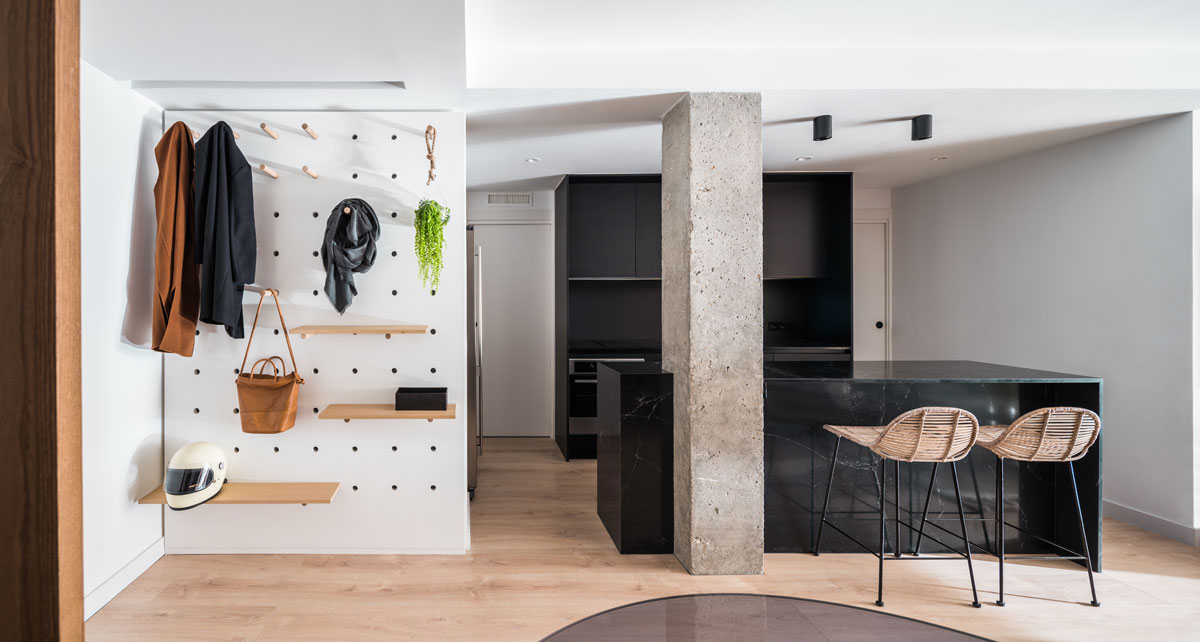 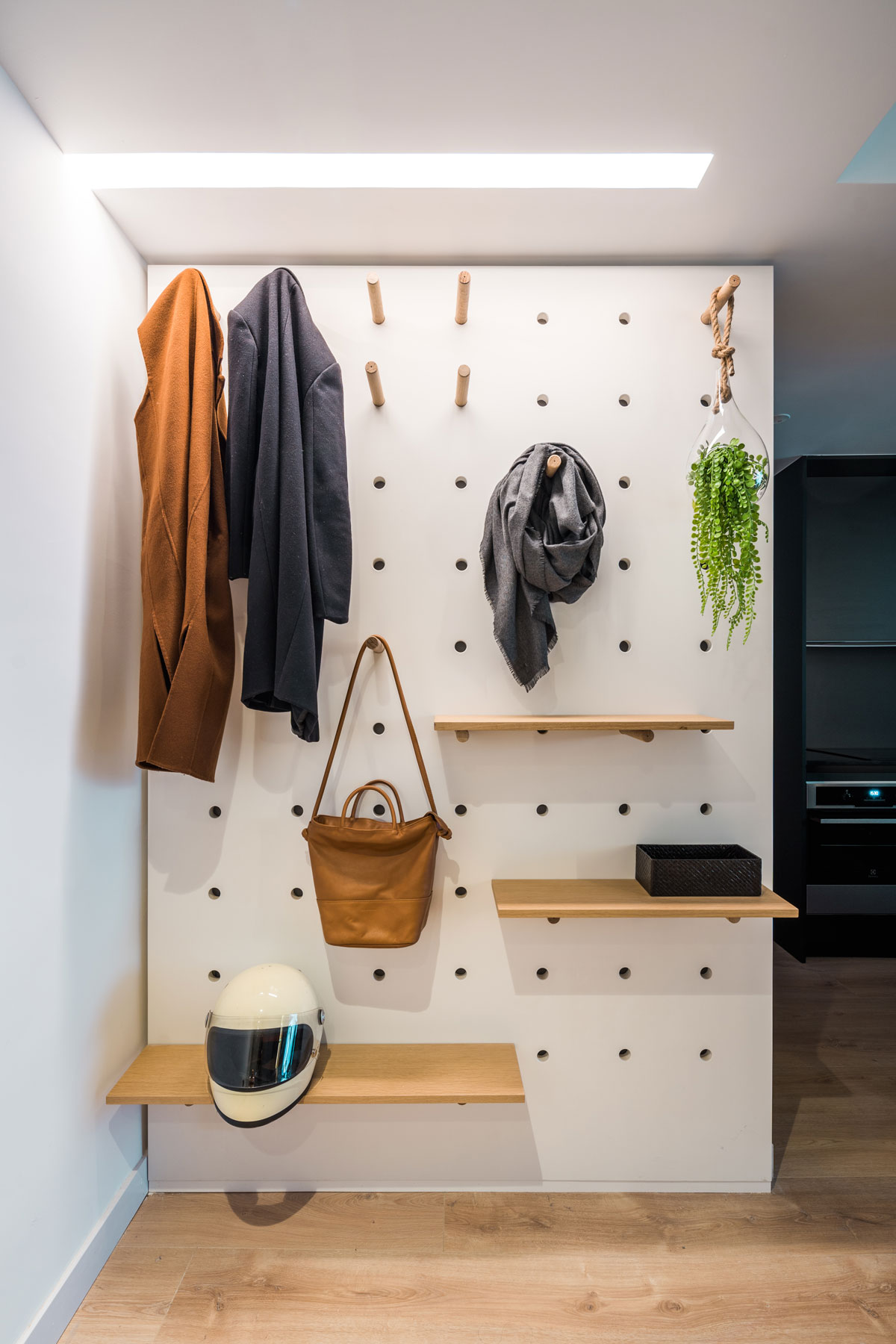 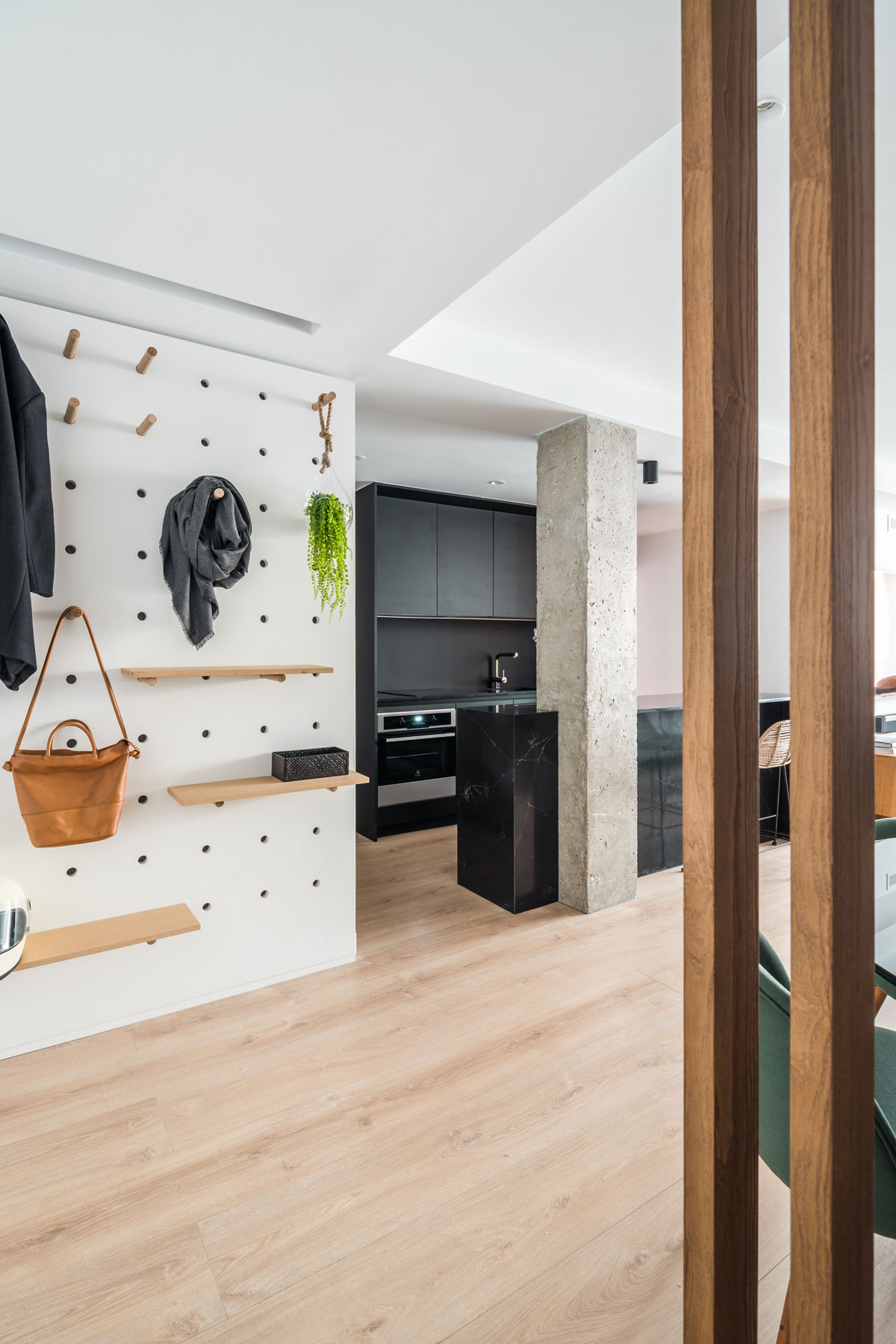 We were looking for looking for an open-plan that was comfortable and spacious for our apartment in Madrid’s Embajadores neighborhood. We love to have friends and family over, so we found the idea of integrating the kitchen into the living room really exciting. This way we could extend the living room onto the terrace during summer so we could comfortably throw parties.

On our wishlist, we had some elements we wanted to stand out: a kitchen island, a bathroom with a large bath, a studio and two main bedrooms, one of which would be ensuite. Above all, we wanted the kitchen to be the soul of the house. We chose to give it a sober and stark flair in black tones that contrast with the freshness and purity of the surrounding elements.

We went for a modern, trendy, masculine industrial feel that we achieved using dark tones, raw concrete, and oak and vintage ashwood.

To highlight the kitchen, we located it in the middle and organised the space in three areas: public, which opened to the exterior; semipublic, where the guest bathroom, studio and kitchen are located; and private, made up of bedrooms and a bathroom.

The kitchen features hidden sliding doors that completely separate the public area from the private one. So, when privacy is needed, we close the sliding doors, and the sleeping quarters are set apart from the social space. There are also two other axes that generate crossed views from one side to another giving wideness space sensation/ feeling.

We are also passionate about music and technology, so we wanted to be able to control the lighting, temperature, songs and colour through an app in order to create the difference ambiances we desired.

Fortunately, once we started the demolition, we discovered some beautiful hanging beams that we decided to leave exposed in the wet areas of the bathroom and kitchen to give the project that raw style that we like so much.